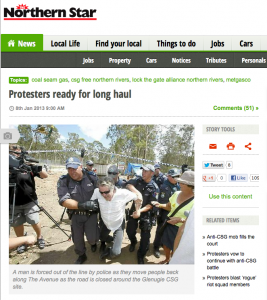 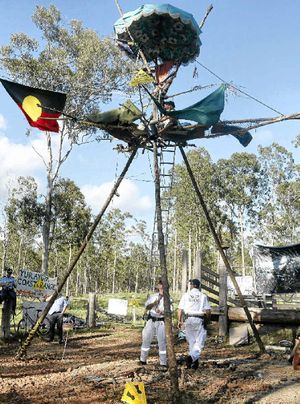 “This is what the future looks like for Metgasco – potentially they face this at every site they go to,” Lismore author and activist Aidan Ricketts declared. “If they want to do this at every drill site for the rest of the year, they’ve got a very big job ahead of them.”

Mr Ricketts described so-called “gasfield free” communities as a cross between neighbourhood watch and the bushfire brigade, and said Glenugie established an example for other communities across the Northern Rivers.