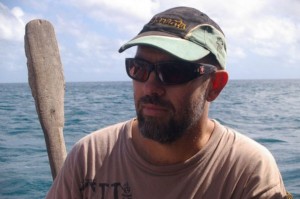 Aidan’s own campaign work began in Wet Tropics campaign in 1984 and continued through his role as a coordinator of the North East Forest Alliance from 1991-2003. He is currently involved in the campaign against coal seam gas mining in Northern NSW.

In 2003 Aidan established a groundbreaking University-accredited activism training course, which continues to be offered through Southern Cross University at the week long Byron Bay Summer Law School program in Byron Bay in December. In addition to the university course, Aidan has also provided community activism education including presenting community activism clinics at the Woodford Folk Festival in Qld.

Aidan also provides activist training workshops and consultancies for various campaign groups to assist with strategic planning of campaigns. This ongoing practical work ensures that he remains current with trends in campaigning and activism. Some of the groups that Aidan has provided workshops and training for in the last few years include:

Aidan’s book “The Activists Handbook: A Step By Step Guide to Participatory Democracy” is being published in London in March 2012 and distributed internationally, including in the UK, North America, Australia and the Pacific. The Activists Handbook is a culmination of a lifetime of passion and dedication to social change and reflects Aidan’s extensive experience working with a wide range of activists and campaign groups.

Aidan works as a lecturer at the School Of Law and Justice at Southern Cross University and has postgraduate qualifications in law as well as in educational design.