On December 16, 2019 · Leave a Comment · In Commentary
Even for those of us who have had the intelligence and humility to heed the scientists and have been expecting catastrophic climate events, these fires have shocked us.  ‘A rapid onset apocalypse’ is how a friend described it.

After thirty or more years of warnings catastrophe is upon us in what is only an opening salvo in the climate emergency that we face. These forest fires are so widespread across that they will no doubt trigger a very large extinction event. There is very little forest refugia for surviving creatures or for recolonisation once burnt areas begin to regenerate. There is no greater tragedy than extinction. As humans we need to recognise that we stand in line with our fellow species on the march to extinction. Each loss brings us closer to that precipice. 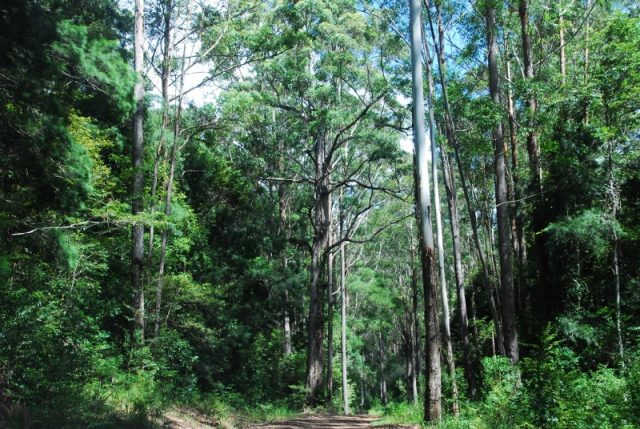 We have seen lives lost and homes destroyed. Sadly it is the people who have fought to spare the forests from industrial logging, and the people who have built their homes near them who have suffered the most. Not the coal tycoons in their harbourside mansions, not their irresponsible share market investors, and not the lying politicians. The tragedy of climate change is that its first victims are always going to be nature, and then the humans who live closest to nature and those with the least wealth. From forest-based communities like Nymboida, Ewingar, Woodenbong, Wytaliba, or those around the Nightcap or further afield, this is where the brunt of the loss is being felt. Just like how the Pacific Islanders, and the world’s poor whose carbon footprint is so small stand to lose so much so soon. Climate change will catch up with the rich and the global north but for now they shelter inside the collective psychosis of their imagined economy and society as our forests burn.

My anger at climate deniers is as hot as the fires themselves. “Liar Liar Climate Denier, telling lies while the worlds on fire!” Science was all fine when it was making household appliances, aeroplanes and gadgets for you. But as soon as scientists warned you that you may need to constrain your consumption something just went awry in your brains. The arrogance of people thinking they get to have an unqualified opinion on everything when there’s clear science that tells us what’s happening.

There’s several species of climate denier. First, there’s the plain stupid: The Dunning Kruger effect is a psychological study that found that the less intelligent and informed people are, the more likely they are to value their own opinion over that of experts. Then there is the purely arrogant: Educated and informed enough to respect science but too stubborn, selfish and arrogant to accept a message they don’t want to hear without opting for some crappy bit of denialist pseudo science from the internet.  But worst of all are the genuinely disingenuous liars. The fossil fuel companies that for decades have funded so-called climate scepticism, the coal industry lobbyists  and the complicit politicians who continue to resist, delay, deny or arrest their way out of responding to the climate crisis.

As fires rage throughout the country and faced with clear and present warning of danger from a collection of former fire and emergency chiefs, instead  we have seen toxic propaganda intent on deflecting attention from government complicity in the climate fires and peddling nonsensical lies.

In peddling misinformation about hazard reduction burning, these pollies are actually blaming the very communities who have suffered the most. I’m not even going to even enter this debate as clear expert opinion is available. The fire chiefs have told us, these fires are this bad because of climate change, the window for HR burning is reduced by climate change and HR burns don’t stop fires, at best they can reduce intensity.

How foolish is climate denial for Australians? We live in the land of climate extremes already yet collectively we have thumbed our noses at the risk of more extreme weather and vilified the very people who have been trying to turn this around, the scientists, the activists and the greenies.

Climate deniers deserve no respect from anyone. Whether they are our prime minister, our work colleagues or some pissant troll on social media, we need to treat them with the derision and condescension they deserve. They lose all credibility the moment they start trying to offer their own delusional opinions over the top of 97% scientific opinion. It’s all flat earth stuff and they get their ‘information’ from think tanks run by the fossil fuel industry.

Australia’s is the third largest exporter of fossil fuels by CO2 potential globally. Our climate activists are struggling against a very powerful industry group domestically, in a battle that has very real and quantifiable impacts globally. In the face of climate action we get lies, vilification of activists and anti-protest laws. 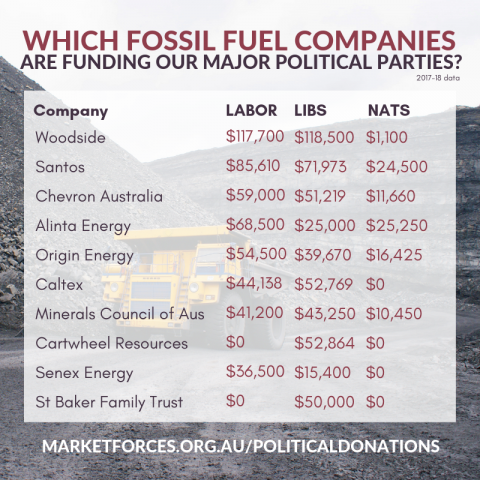 The mining industry has spent over $541 million over a decade on lobbying and public misinformation. Direct political donations of over $16.6 million have been made  to Australia’s two main political groupings (ALP and Coalition) in the past decade. Both major political parties are implicated, but the LNP are the greatest climate criminals by a long way. Our parliaments have been corrupted. The Greens take no corporate donations and yet they take the blame.

We need to collectively ostracise and neutralise climate deniers. When we encounter them on social media it is pointless to argue with them, if reality, science and expert knowledge doesn’t move them, there’s nothing you can say that will. My advice is to quickly and routinely and as condescendingly as possible dismiss their contribution. “Run along now climate denier, get on your bicycle and ride across your flat earth, I’m sorry, I only deal with rational people I don’t want to talk to you.”

The academic news site “The Conversation” has a good approach. It has decided to adopt a policy of zero tolerance for climate misinformation. Being a site funded by universities, they understand the value of rigorous and well supported argument. The new policy encourages readers to report climate misinformation, and it will be removed by moderators and the climate misinformer will have their account suspended. Bravo.

We are in a climate emergency. We should be on a united war footing to transform our entire way of life but instead decades have been wasted by the stupid and the corrupt.

The real battle is to win hearts and minds of ordinary people who are innocently confused by all the misinformation directed at them. Concentrate on compassionately changing these people. Dismiss climate deniers on social media quickly but firmly and spend time with the genuinely baffled innocents.

We need to wholeheartedly support the climate movement, join the strikes and marches, go to the front line actions and get behind the political parties that take climate change seriously.

May you, your family, your home and all of the forests and creatures you treasure survive this summer of reckoning in the climate fires.