The Ponzi scheme is teetering

On September 5, 2019 · Leave a Comment · In Commentary
There is so much one could write about at the moment. We are living in a ‘pick your own apocalypse’ kind of theme park. What will it be, global fascism, nuclear war, economic and social collapse or climate catastrophe? 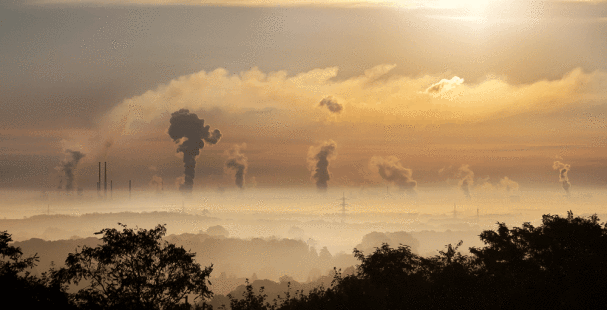 Well my bet is that the major economic collapse is going to rearrange our lives much sooner than expected, and it may not be such a bad thing for the planet either. We are living in mad and dangerous times.

At the very time that we need to be selecting national and international leaders that take a rational, science-based and constructive approach to the not-insurmountable challenges that surround us, there has instead been a retreat into denial, and maladaptive political responses such as conservatism and its violent big brother fascism.

At the heart of the panic and denial feeding the lies and scapegoating is the sheer illogic of our global economic system. Climate change is only one of the symptoms of an economic system that has invented its own rules and cut itself adrift from the reality of the physical life-world.

The perpetual economic growth algorithm that modern capitalism (and not traditional capitalism)  has grown to depend upon defies physics. It is a giant Ponzi scheme in which wealth, and the value of stock exchanges and just about everything else (house prices) has to continually expand constantly and forever. In order to keep this Ponzi scheme afloat we have progressively cut the bonds between our economic system and physical reality. Every time the Ponzi scheme starts to approach its critical limits, new and more imaginary ways of increasing the slew of money in the system are adopted, because like the addiction that it has become it seems simply too big to be allowed to fail.

Once upon a time, countries needed to hold a gold reserve to underwrite the money they printed and distributed. But we threw that away, another step into economic fantasy land. Once upon a time banks needed to hold deposits to cover the money they could lend out, but we threw that sensible limit away. For decades now banks have been able to simply lend money to anyone they think can repay it into the future. Debt rather than real wealth has become the lifeblood of the Ponzi scheme, and it is skyrocketing around the globe, sovereign debt, personal debt, all of it.

The 2008 GFC was a mere shudder in the Ponzi scheme, and it was responded to by more ‘quantitative easing’ which means more slushing the system with debt fuelled play money.  This has been mostly accomplished by endlessly reducing interest rates ever closer to the baseline of zero.

So get the picture, banks invent money on paper and then offer you a loan to repay money that never actually existed, and it looks attractive to you because the interest rate is so low. Debt is a charge on the future. What is being charged? your future labour, and the planets resources. Quite literally there is not enough planet left to satisfy the trillions of dollars in debt that is expected to be repaid so there’s a big problem on the way.

Seemingly unrelated, the Federal Government now wants to criminalise cash transactions over $10 000. To manage the black economy we are told. Never mind the tax havens revealed in the Panama papers where the elites launder their digital wealth, its way more important to chase down the tradies and drug dealers for the cash. Well that would all seem a bit reasonable until you realise the implications of banning cash.

As interest rates approach zero, the Ponzi scheme is running out of ‘levers’ to stimulate economic growth. Bizarrely, the world is now crossing the barrier into negative interest rates. In a number of countries, government bonds are now being sold at negative rates. Think about this, serious investors are deciding that they are safer spending $1000 now to get $900 back in a decades time than investing it anywhere else. What does that tell you about what those investors are expecting?

Ok so you have some savings do you? But what when the bank refuses to pay you interest but instead wants to charge you negative interest to hold your money for you?, you might refuse, you might stuff it in your mattress instead. The cash ban is there to support the advent of negative interest rates. Forget whether its $10000 today it could be as low as $1000 in a few years’ time.  I’m no mattress stuffer, but plenty of people who witnessed the banks take peoples savings in the last great depression don’t trust banks. The cash ban effectively makes it compulsory to put any savings you have into the bank and to have to pay for the privilege.

Ok so I hear you, you don’t have any savings, like most people you have either almost no money at all or you have a big debt, probably for your house. Well that too is exactly how its been engineered. Savings have been discouraged for a long time now, the scheme requires all the money to be in circulation. Noticed how the banks want to push credit cards onto you? and how the mantra of the era is always spend borrow spend?

Your personal debt and your personal obligation to repay it into the future with your sweat and tears is how the ever increasing amounts of cash are being injected to keep the perpetual growth algorithm alive. You and I owe the money, our governments owe the money and its our burden is to keep the stock markets growing.

So first there was science denial when the evidence of the physical limits of the earth’s capacity to support endless growth became too inconvenient. Now we are witnessing the beginning of maths denial.

Negative interest rates don’t make sense, they never have and they never could. The fact that our economy is resorting to an even more ridiculous fiction to stave off economic collapse should serve as a very loud alarm to us all.

My advice, DO NOT get fooled into the euphoria of borrowing more money because it is so cheap to do so. Negative interest rates mean you are virtually being paid to borrow money, but don’t forget it still puts you in debt. Its your back that is going to be holding up the Ponzi scheme.

Back away now, just slowy quietly in whatever way you can, back away. If you can close off any debts you have, get it done as soon as you can. If you own land debt free, that is called real estate because well its actually real. Keep it, and start to work out how to grow food on it.

We are blessed in the Northern Rivers with the regenerative vision of our new settlers, the multiple occupancies have secured low cost housing and farmland that can be turned to food production. Our collective communities mostly don’t belong to banks, we are lucky, they refused to lend for MO shares.

There were so many things I could have written about this month, the QLD labor governments anti-protest laws, the deliberate burning of the Amazon, the need to get into the local forests to halt the habitat loss and extinction of koalas. (yes do this too), but watching the world lurch toward negative interest rates and compulsory banking is a sign of impending economic collapse.

It may not be all bad, business as usual is the problem for this planet, it is driving extinction. An economic reckoning is long overdue. We simply cannot continue to have an economic system that defies physics, and even less so one that now defies maths.

In the words of someone from the past it may just be ‘the recession we had to have’.

This article was first published in the Nimbin Good Times, Sept 2019