Unpredictability, humility and an emerging anthropandemic

On March 4, 2020 · Leave a Comment · In Commentary
Just like the droughts and bushfires have confirmed the dire warnings scientists have been issuing for decades about what to expect from climate chaos, so too does the emergence of a potential anthropandemic virus whether coronavirus or any number of later anthropandemics serve as a warning of the future we are approaching. 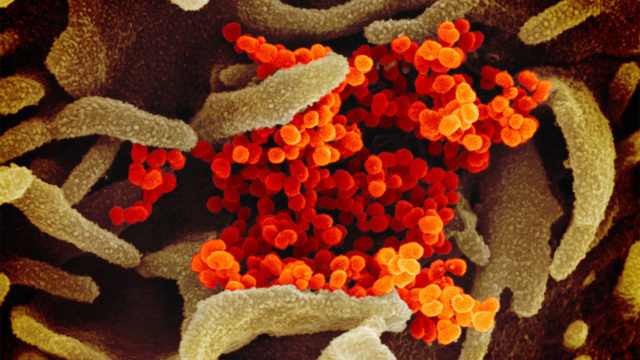 The strangest thing about the new climate chaos we find ourselves in is that some degree of doomsday thinking has gone from being the province of the lunatic fringe, to an unmistakably rational response to available data. Business as usual in the form of current patterns of human consumption, distribution and ‘economic’ growth are clearly terminal. There already is an extinction crisis underway and humans are not immune to it.

An extinction epidemic like a suicide epidemic records only the most graphic outcome at the tip of the experiential iceberg of events. For each of us who tragically suicides there is a an ever-widening pyramid below of more of us who have come close, even more who ideate regularly and then vastly more struggling with deep personal malaise. So too with extinction, beneath the final outcome of loss of a species lies the suffering of whole populations and entire eco-systems as the requisites for survival contract toward a terminal state.

We know we are heading for economic and ecological and social upheaval but beyond what we actually can do about it, like rapidly reducing emissions, regenerative adaptation and a more equal distribution of what resources are still inevitably being consumed, there is much that is coming our way that we will be relatively powerless to control.

I have no doubt that life on Gaia will survive in some form, at the very least, microbially, and be able to again embark on ongoing evolution. What is extremely unpredictable is what the pathway for the continuance of life on earth is going to be moving forward from the current Anthropocene.

Leaving aside how we define consciousness; reliable complexity science has revealed that the familiar patterns that we can observe and have been able to evolve within are the result of self-organising and emergent properties of the universe on a grand scale. Complex adaptive systems like nature, our planet and our universe are ever changing, and they will continue to change and evolve with or without us

At best, we (the humans) respond quickly enough (through major shifts in social and economic models) to contain the extinction epidemic in a way that permits human survival or we don’t. That’s just human survival though, its not the only game in town.

We have pushed this ecological system to the edge of chaos and in evolutionary terms that is a place where increased novel innovation begins to occur, call it mutation if you will but its more diverse than that. Within the unpredictable innovations and mutations are sown the seeds of the future. Scientists have warned us of increased mutation of new diseases in a destabilised climate so the prospect of repeated waves of global anthropandemics is a very real possibility.

Without ascribing any form of intention, nor any notion of justice to this, anthropandemics may just be one of those perturbations that will have a major effect on how human life, society and economics moves forward. It may from a much bigger planetary perspective be one way that the problem of the Anthropocene is resolved.

It is difficult to have this conversation without people reading in words that haven’t been uttered and imagining that we are celebrating some deeply dark form of biological eugenics.  This ugly term eco-fascist has been popping up to malign anyone who dares suggest that the planet may ultimately be better off with less humans.

Let’s be clear here, unless someone is proposing a program controlled by humans to selectively reduce the human population, then this has nothing to do with fascism. Fascism is a toxic ideology of self-absorption, idealism and the abuse of power.

What I am talking about is stepping back from our delusional self-importance as humans, taking a big picture look at the biosphere around us and re-assessing our role and importance within it. Anthropocentrism is the patently delusional self-belief of much of humanity that we are more special than all other life.

Eco-centred thinking is nothing more than decentring our thinking from an exclusive focus upon humans and humbly embracing a more egalitarian wholeness with the life processes that surround us. Realising our small part in the much greater web of life. There’s nothing even remotely fascist about it. In fact, let’s get back to looking at the way anthropocentrism works and we may start to see where the real fascism lies.

Anthropocentrism places one species in a dominant and privileged position above all others and gives itself the right to exploit and destroy other life for its own purposes. The delusional belief that humans are the master species has corollaries in other forms of oppression such as colonialism, racism and sexism.  Colonialism privileges one culture over another; racism privileges one race over another; sexism privileges one gender over another. If we want to start talking about intersectional justice, we cannot do it from the extreme colonialist mindset of anthropocentrism. Until we have the humility to accept that humans aren’t the most important show in town, we have not begun to dismantle the structure of oppression that has brought about the ecological crisis. Arrogance begets further arrogance and one of the first and most prevalent forms of privilege and entitlement is human exceptionalism.

So back to anthropandemics. I am calling them anthropandemics because there’s other pandemics emerging that are killing other species like bees, coral, trees etc but we don’t pay as much attention to those. We are close to the edge of chaos and big perturbations are at play.

The future is always unpredictable. We sense that a big correction is on the way but none of us can know its form, extent or outcomes. There is fear, there is a mixture of panic and denial.

It is certainly true that addressing the inequalities inherent in our global economy is an essential step to moving toward a more sustainable way of living on the earth. But let us not underestimate the task of addressing inequality. In the hierarchy of oppression that afflicts our social systems our delusional internalised belief in the importance of humans over nature is a context within which dwells the rest of the hierarchies of relative importance we have constructed.  How can we imagine that we can maintain human centred thinking but somehow address racism, sexism and class? It’s all part of the same hierarchy, with nature and other species on the bottom.

We are at a time of reckoning and whilst I strongly doubt that the current anthropandemic (coronavirus) is about to upturn life on earth in grand terms, it is like the droughts and bushfires, yet another reminder of how big and vast and complex our beautiful ecological planet is, and how small and vulnerable we are. Absolutely regardless of whatever delusion we may harbour about the importance of humans, that delusion is not shared by nature. We are increasingly at the mercy of waves of disruption largely initiated by our own self-absorbed exploitation of this planet. If we don’t become humble and aim to find our place in the whole sooner rather than later it is only a matter of time before the waves of perturbation (climate chaos, agricultural collapse, anthropandemics) bring us humbled before the realisation that we are indeed eminently dispensable on this planet.

Anthropocentrism is the oppressive colonial mentality that got us here, wholeness and humility is just part of how we may, using our collective intelligence re-imagined, plot a regenerative course forward.

And do remember to wash your hands and sneeze into your elbow.