The forest wars are back, time to mobilise 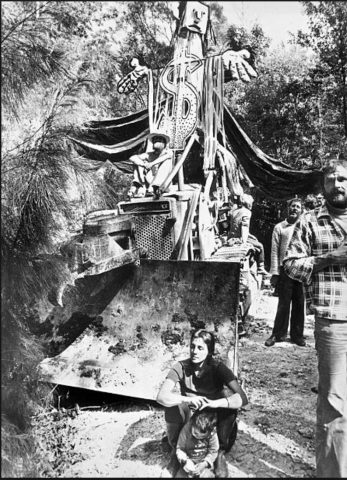 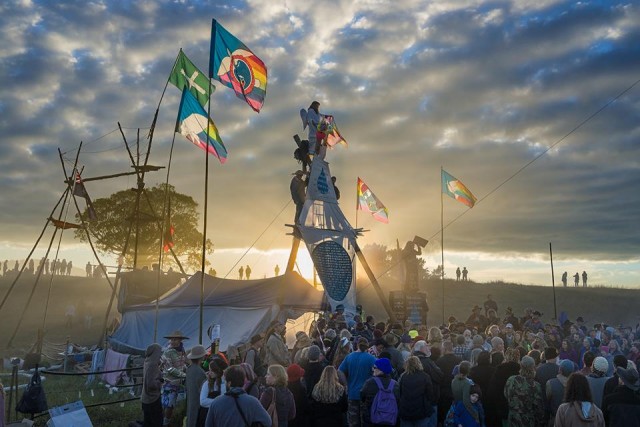 Our region has a proud history of standing up to protect our precious environment. We pioneered direct action for environmental protection at Terania Creek in the 1970s, literally wrote the book on forest activism in the 1990s with the successful old growth forest campaign by the North East Forest Alliance (NEFA), and became the first regional community to successfully resist the combined force of the state and the fossil fuel industry when we fought to keep the Northern Rivers Gasfield-free. Our region is contributing to the fight to stop gasfields in the Pilliga and to the campaign against the reef-destroying Adani mega mine. But once again our forests are calling us to action.

The North East Forest Alliance has nearly thirty years experience as the watchdog and defender of our region’s forests, but it needs our support in big numbers once again to resist the crony capitalism that continues to propel forestry policy in NSW, particularly under Liberal-National Party (LNP) governments. 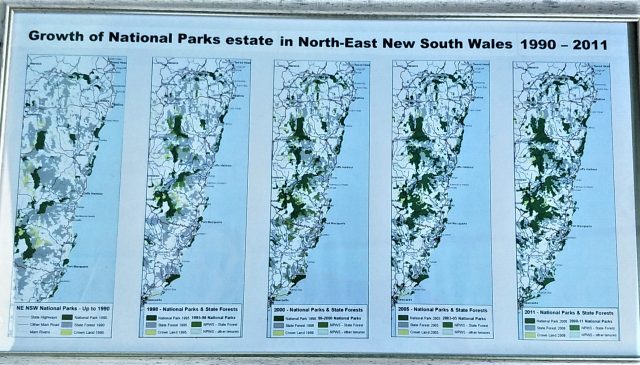 A chart of NEFA’s successes.

When the old growth forests were placed into a reserve system in the early 2000s we were all told the forest industries would not survive , but they struggled on with the benefit of politically motivated Regional Forest Agreements (RFAs) and their associated Wood Supply Agreements (WSAs) that falsely allocated more timber to the industry over several decades than the forests were ever going to be able to produce sustainably.

The biggest WSA’s in the north east allocate timber to the large Boral corporation until 2028 and other contracts in the north east expire by 2023. The state and federal governments are rushing to extend these unsustainable wood supply agreements out of fear that future changes of government could and rightly should put renewal of these destructive WSAs in doubt. NSW labor has at least committed not to renew them prior to a comprehensive scientific and economic assessment.

These wood supply agreements are crony capitalism at its worst. They guarantee live trees out of native public forests decades into the future at taxpayers’ expense, and have already led to major compensation payouts to industry because the timber cannot be supplied. It is literally a case of the LNP governments trying to set up a massive public subsidy to forestry corporations that is aimed to defy democracy (and ecological sustainability) for many decades to come.

Apart from the ecological destruction being waged against our forests, endangered species and our waterways the economics of logging in NSW simply doesn’t stack up. A 2016 report by the Australia Institute found:

Native forest logging by the Forestry Corporation of NSW generated losses of $79m over the last seven years… discontinuing the practice could deliver significant benefits to the state of NSW…In response to declining volumes, the native forestry industry has increasingly lobbied for forest waste products to be sold to biomass electricity generation plants as a feedstock. However, Given that native forest logging currently struggles to generate a profit, that demand is declining, and that supplying biomass power plants will not provide the uplift required, potentially the highest economic use of native forestry would be to leave the trees standing. ( https://www.nature.org.au/media/213736/160320-money-doesnt-grow-on-trees-nsw-forestry-final.pdf)

Stacked against the economic stupidity of continuing to subsidise an unsustainable and doomed industry is the even more important ecological considerations. The record of the current LNP state government is nothing short of appalling, having presided over years of non-enforcement of and winding back of logging regulations, winding back of land clearing laws, proposals to introduce extreme new technologies to allow logging on steeper slopes, proposals to burn forest products to produce electricity, a crisis in koala populations, and a massive forest dieback problem. 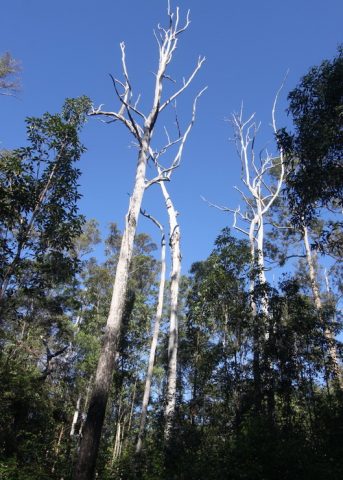 Here in the Far North vast tracts of state forest are being degraded by logging-induced dieback. Disturbed forest areas become infested by lantana which encourages colonisation by bellbirds that farm an insect pest (psyllids) that cause the death of the remaining trees over time. Over 100 000 ha is already seriously effected with up to 2million ha remaining vulnerable. The state government and the industry have known this for years but have failed to ever address the causes of dieback.

The forest wars are back for two principal reasons, firstly the deals that secured the first round of RFAs were based on political expediency rather than science or economics and have resulted in a crisis in our public native forests. Secondly, the current state and federal governments are rushing to compound the problem and the cost to the public purse by locking in further massive subsidization to logging companies decades into the future.

Our remaining native forests are more important to our collective survival than they ever were. Their role in sequestering and storing carbon is crucial, they provide irreplaceable refuge for a large range of endangered species including koalas, and play a massive role in maintaining water tables and water flow that our regions environment, farms and economy depend upon.

The forest wars are back, and it is going to take a lot to turn this cronyism around. The state election in March 2019 is a key focus for political lobbying.  It will be hard to change the mind of the LNP but the ALP opposition is at least offering to look at the science and economics of the RFAs. There’s also a chance that the Greens could pick up enough seats to gain a balance of power in the lower house, particularly if they can win another seat in this region, but elections are unpredictable. The Northern Rivers knows how to fight either side of elections and our forests are calling to us once again.

To find out more, offer your support or follow the action go to
nefa.org.au
https://www.facebook.com/NorthEastForestAlliance
http://www.rainforestinfo.org.au/terania/diary.htm