On June 5, 2020 · Leave a Comment · In Commentary
Oh dear, it’s become very strange of late. Lock down, isolation, social media and fear have provided  fertile ground for all manner of weird theories about the state of the world.

Now let’s be clear. The world is not in good shape. For a start we have a massive problem with climate change, undoubtedly the single biggest issue that we need to and are not properly dealing with. Then there is the rise of fascism around the globe and the irrationality and violence that always accompanies this social disease. There is a rapidly imploding global economy that has been based upon an unsustainable fantasy that economic growth and consumption can grow infinitely on a finite planet. We have a massive top heavy structure of private corporations controlling massive wealth and influence over governments and intent on bending policy to suit themselves. None of these are conspiracy theories, these are all demonstrable problems facing the world. 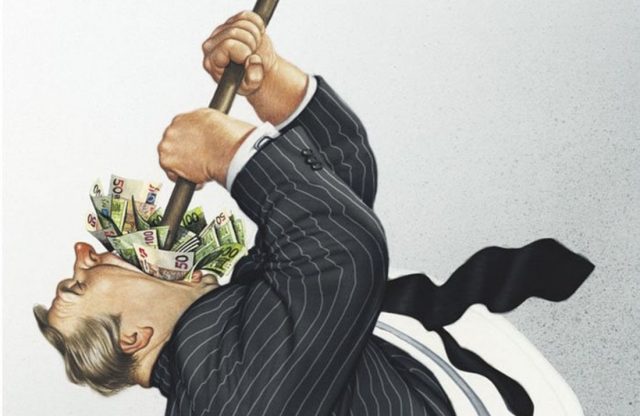 It is rational to be suspicious of government, and of massive concentrations of private wealth. It is rational to sense that we are heading into frightening unpredictable and difficult times.

Power corrupts and absolute power corrupts absolutely. We have known this for a long time, and there is no permanent solution to the politics of greed and power abuse. What is required is eternal vigilance to sustain democratic governance, maintain information transparency and tackle the corrupting influence of vested interests.

This is why as a culture we have developed a number of practices that protect us against power abuse and manipulation. One of these is scientific and academic rigour, another is the maintenance of civil and political rights of free expression and protest and another is a system of law based on transparent rules.

There is so much to critique, so much to struggle and unite against. Vested interests such as the fossil fuel industry, the arms industry, big Pharma, private prisons, logging, mining gambling and alcohol and corporate agri-business do fund our major political parties and influence our governments and we need to constantly struggle to counteract this with our civil society movements and campaigns.

But none of what I have described above has anything to do with conspiracy theories. All of it is demonstrable concentrations of power all jockeying for their own self interest. Of course they will do this in all sorts of overt and covert ways. But good quality researchers like Noam Chomsky, Naomi Klein, John Pilger, George Monbiot, Vandana Shiva to name a few keep the spotlight on this incredibly complex world of competing power interests.

Conspiracy theories actually end up providing cover for the existing corruption that operates in plain sight. Speeding past all of the patent corruption, power plays and manipulations going on around us, by searching for some other, some more secret, some more invisible, some more centrally organised conspiracy simply deflects attention from the real problems.

Seriously, how does it help to let all those mega corporations and corrupt governments off the hook and instead decide that the real conspiracy is amongst immunologists and climate scientists?

Capitalism has never been fair or sustainable, neo-liberalism has been draining the public wealth and destroying our health, education and social support systems for decades and these things need and deserve our attention and collective response.

What we need to do is use academic and scientific rigour to take a hard look at our world, unite as populations and communities and join in rational civil society movements for a better world. This is the communitarian and democratic impulse that has served us well in the past and can serve us again. There has always been dictators, tyrants and self serving wealthy classes in history. The struggle is eternal

The world is an unpredictable place and try as they might the various powerful players can never keep perfect secrets and they can never truly predict nor control the future. 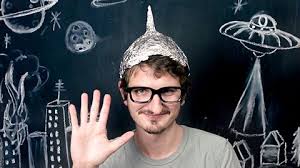 The problem is not that the planet is being run by a single secret cabal of far sighted illuminati, the problem is that the whole thing is a chaotic mix of short-sighted competing interests all of which are desperately trying to manipulate things in their own favour.

Please, maintain your critical faculty, don’t trade in your faith in ten thousand educated scientists in favour of one you tube charlatan who spins you a seductive but paranoid web of nonsense.

The immunologists and climate scientists are not lying to you but Murdoch’s newspapers , Trump, the fossil fuel lobby, north Korea, China and Peter Dutton and hosts of blow hard you tube charlatans certainly are.

We have so many challenges ahead of us, we need to tackle them together and head on. We already can see the big problems, we need to get on with tackling them.

This article was first published in the June 2020 edition of the Nimbin Good Times.