The climate emergency and the awful state of Australian politics

On October 31, 2018 · Leave a Comment · In Commentary
The latest report of the Intergovernmental Panel on Climate Change (IPCC) is causing a massive collective experience of grief around the globe amongst anyone who has the humility to believe science over stuff that is just made up. The IPCC is actually a pretty amazing thing, it’s the greatest assemblage of the greatest minds on this planet in history addressing an issue of overwhelming global importance. It takes the tradition of peer review to an extreme to produce what is probably the most reliable, cautious and restrained assessment of our collective climate predicament that could possibly be arrived at. 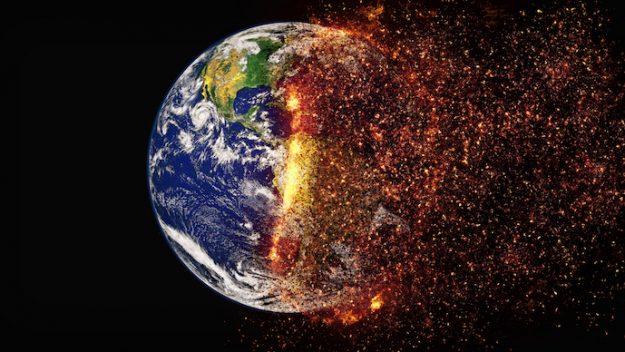 Seriously, if you don’t accept it as credible, you are flat-earther, conspiracy theorist and the easter bunny is literally true. We all have a right to our opinions but not to simply make up our own set of facts.

The stark truth is we are facing runaway climate chaos, it will cause massive social and economic disruption and there is no reliable place to hide.

Anyway with that said, what can we do about the awful state of Australian politics on this and many other issues?

Let’s start with the big political parties, where they get their funding from and how this dominates politics in Australia.

Former Prime Minister Kevin Rudd (about a gazillion prime ministers ago) has just last week observed that the mining sector as well as the Murdoch media empire dominate politics in Australia. He should know, his Prime Ministership ended abruptly amid a concerted campaign by mining companies immediately after he risked the ire of Sauron by suggesting a mining tax. His successor, Julia Gillard, for all of her great legislative achievements quickly succumbed to pressure from the mining industry to bring in a very badly watered down version and consequently very little mining tax has been paid ever since. Lest we also forget that Gough Whitlam was sacked when his government was trying to buy back much of the mining industry in the 1970’s.

The Liberal-National party is a mad house these days. Malcolm Turnbull was driven from the Prime Ministership partly as a result of the fact that he tried to introduce the weakest possible version of emissions reductions. The collective madness that runs the coalition parties these days is a dangerous coal hugging form of climate crime and intergenerational warfare. They have become so dangerously corrupt or delusional that the very concept of emissions reductions is seen as a bad thing in itself. They oppose renewable energy on principle and they have become ever increasingly enthusiastic about coal itself. Nobody ever really liked coal. It was always poisonous and filthy, it was just seen as a means to an end but these crazies have become infatuated with it, or rather with saving the big corrupt industry that mines and exports it.

The mining industry has used its wealth and political influence to seize substantial control of both the LNP and to a lesser but still significant extent the Labor party. Through massive political donations and a revolving door of cushy industry jobs for ex-pollies from both major parties, political corruption for the mining industry’s benefit has become simply the way politics is done in Australia. The Greens (who don’t take any mining or fossil fuel cash) are pushing for a Federal level Independent Commission against Corruption and for a ban across the board on corporate political donations. Unfortunately they will only get these essential reforms to clean up Australian politics over the line if they gain balance of power in parliament. This is actually possible but not a bankable outcome by any means.

The time has come where all of us need to collectively stand against this planet-destroying swill of mining industry cash in our political system. There are elections coming up at the state and federal level in the first half of next year and we all need to vote for the climate. And that means taking a personal pledge, each and every one of us to not give your first preference to any candidate that represents any political party that takes any cash from the mining or coal or fossil fuel industry full stop.

It’s the only way we are ever going to regain any control over Australian democracy and force our parliaments to get serious about taking strong action on climate change. That means in no uncertain terms no first preference votes for the LNP but it also means no first preference votes for Labor at least until they get their house in order. Of course there are numerous other issues, and of course we all have different ideas about which political party we prefer. Fortunately we have a preferential voting system and we can vote for a non-coal hugging party as our first preference and then we can vote for the major party that we would prefer in government second. If the candidate of your first preference is not elected then your second preference will flow (with full value) to your next preferred candidate, so there is actually no risk in voting for the climate in this way as long as you make sure you put your second preference where you want it to go. While you are at it, do everything you can to tell politicians from the major parties that you simply will not give them a first preference until their party stops taking mining industry donations. Furthermore, don’t be sucked in when they tell you they personally don’t take such donations, if they are from Labor or the LNP, their party does.

The climate catastrophe is so real that we all really need to wake up and take notice. Voting is only a small part of our responsibility but its an easy one we can all do. The other thing I’d like to encourage people to also do is add climate change to the top, the very top of your list of causes that you fight passionately for. Yes that’s right stick it right there above your favourite identity politics cause. Climate change is going to affect all genders, all minorities, all children (especially children) and all species. Its true theres no jobs on a dead planet there’s also no social justice on a dead planet. Those causes all matter, but the climate crisis has to be our top priority.