The real threats to our liberty and survival

On October 24, 2020 · Leave a Comment · In Commentary
The feeling that we are being surveilled and controlled, that our liberty is rapidly eroding and that dark forces are at work manipulating our society is not an illusion. These things are very real and have been for a long time. Conspiracy theories merely pick up on these very real feelings of fear and powerlessness and channel them into fanciful even more manipulative directions.

True critical thinkers and free thinkers challenge both the dominant narrative of the mega corporations and politicians as well as the pop-nonsense conspiracy theories being peddled on the internet. The problems facing our world are very real and have been growing in our faces for a long time. 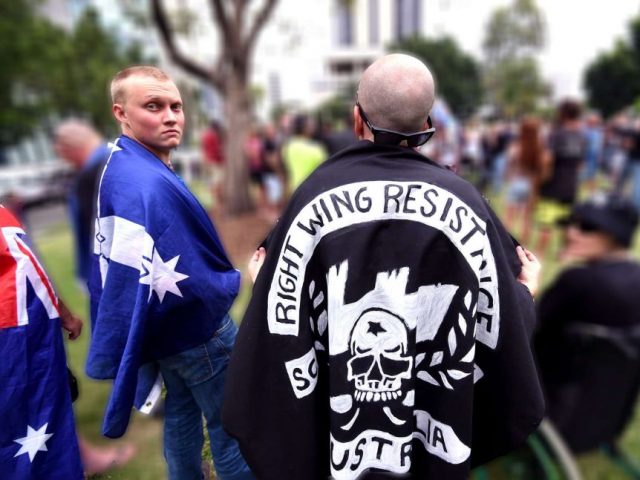 Let’s look at liberty firstly. The single greatest threat to liberty is fascism and totalitarianism, and it is on the rise around the world. Putin in Russia, Trump in the US, China’s far reaching totalitarianism, Duerte in Philippines, Bolsanaro in Brazil, Erdogan in Turkey, Dutton in Australia. In Australia, US and UK, fascism is being fuelled by fear of change, falling living standards, and the outrage of privilege in retreat.

But the dismal tide in our societies that has led to the sense of everything in decline, our personal living standards, our distrust in government, declining social services such as health, education and public land management, are all pretty much outcomes of the same political ideology that now offers fascism as its solution. Neo-liberalism, is the political theory that arose in the early 1980’s under Reagan and Thatcher that proposed an ongoing dismantling of civil society and governance, in favour of handing more and more power and wealth to corporations.

Our societies had by 1980 benefited from years of democratic socialist reforms to the underlying capitalist mode, and as a result we enjoyed free education (including universities) excellent public health systems, very strong welfare safety nets and strong investment in public goods such as science research (CSIRO), National Parks etc.

But all along, economic power has been concentrating into the hands of large multi-national corporations. These were consuming smaller businesses, and growing beyond national boundaries in ways that made it increasingly difficult for governments to control them or to resist their agendas.

Neo-liberalism was the political ideology sponsored by corporate think tanks that aimed to transform our societies to serve corporate rather than civil ends. We were fed disingenuous theories like ‘trickle down economics’ that argued that making the rich richer would eventually benefit everyone. Now more than 4o years later we are reaping the bitter harvest. 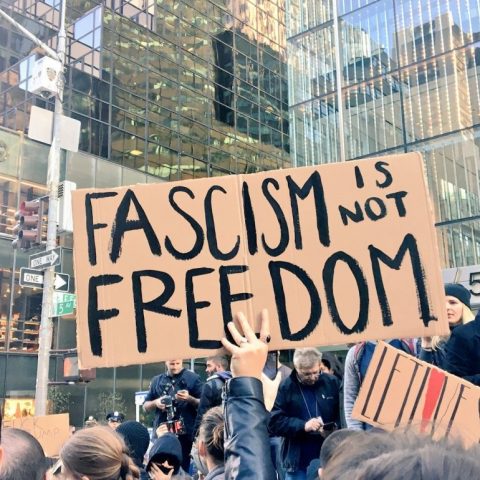 Neo-liberalism took an axe to society’s infrastructure. It is the political equivalent of the corporate CEO of an airline who makes a short-term surplus by axing the aircraft maintenance staff. At first there’s extra profits for shareholders, but eventually all you get is repeated mid-air disasters and a plunging reputation and trust of the whole enterprise. This is the story of governance under neo-liberalism, it is how we got to the dismal tide we now endure. The financial crises, the draining of government services, the casualization of the workforce, climate change and much more. Our societies did not get poorer, yet we were convinced year after year that government, and fairness in particular, had become too expensive and that services for real humans and the environment needed to be cut.

We worry a lot about billionaires, but these are just the human face of the much larger corporate behemoth. Corporations are the true economic giants that have economic control of our societies.

Corporations are a form of early artificial intelligence. Soulless institutions created to take the place of human entrepreneurs, immortal, emotionless, and not born of the natural world. They are kind of formless so much harder for us to imagine as villains than actual human billionaires but many times more powerful. Legally however they have all of the powers of a real person, they simply have no heart, no soul and no moral faculty.
They have grown to become the dominant governance institutions of our times and in the process, are turning our societies inside out.

Under neoliberalism government was less and less about real people or the environment and increasingly began to measure everything as a commodity and in fiscal terms.

Thankfully in Australia we still have the remnants of civil society, and of our great public institutions of health care, education and a very much dismantled welfare safety net. 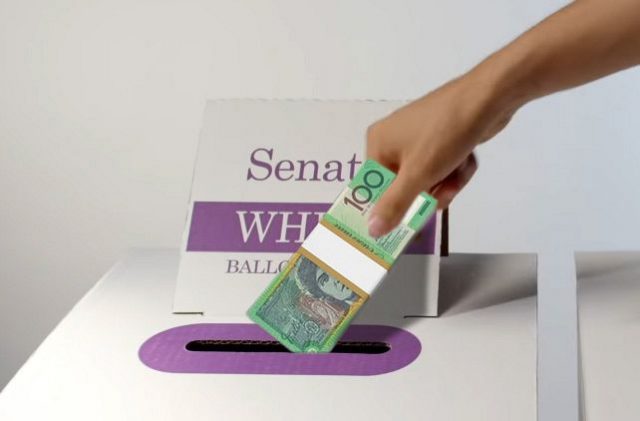 One of the greatest problems we have is the corrupting influence of corporations on our political parties, and we see this is unrestrained in relation to the LNP, and a tragic problem for a largely well-meaning but sadly compromised Labor Party. (Thankfully the Greens refuse corporate donations). Corporate donations and lobbying influences government decisions and nowhere is this more obvious than in the stranglehold that the mining and fossil fuel industry maintains over the major political parties through donations and other forms of political manipulation. As a side note, there are important differences in our political parties. The Greens are the party that rejects corporate donations and pursues accountability for corruption, Labour, with its history of investment in the public sector in next best. The LNP is the party of the race to the bottom, the parasites that create and feed off the dismal tide.

The US is a society broken by neo-liberalism, now at a tipping point into fascism. Fascism is where the power of the state becomes merged with the interests of the corporate sector and this is the project that Trump, as insane as he is, represents.

Outside of government and politics, corporations are a major threat to our liberty and privacy as they use the internet and our personal devices to surveil our lives, largely with our willing participation and build profiles on our consumption patterns, social lives and preferences.

Recently a new key stone in the neo-liberal corporate project is approaching: the attempt to transition to a cashless society. There is already legislation drafted and backed by the Morrison government to begin this process. If we lose cash, we will have surrendered complete control of our financial lives to the banks and other corporations. Our credit cards record every single transaction and build an endless profile on us. Furthermore, part of the push from the banks for cashlessness is so that they can begin charging us to hold our balances, rather than pay us interest. Think about it, if you can’t use cash, you will have no choice but to put all of your money in the bank, pay for the ‘service’ and be recorded every time you spend it. It will destroy farm gate stalls, op shops, busking, markets and all manner of folk transactions, as only sellers with electronic payment facilities will be able to participate.

We all look on in horror at China’s social credit scheme in which every citizen has a credit rating from the government that measures their adherence to required norms. But in our societies, it is the banks and corporations who control the data and our finances through credit cards. It’s a kind of privatised surveillance state.

Once cash is eliminated, it is easy to see how governments will use restriction of access to our accounts and cards as the new form of criminal penalty. With your card frozen you would be unable to travel, buy food or obtain accommodation. The life of a political fugitive would be nearly impossible.

These scenarios sound like sci-fi, they may even sound like the conspiracy theories, but no, this is ordinary neo-liberalism, corporate control and political corruption of the kind that left leaning activists and community aligned political groups have been fighting for a long time.

All is not lost, we still have the basic structures of democracy, we still have powerful national legislatures, and an intact judicial system. We still so far have the ability to form political parties, to campaign, vote and to protest. Our democracy is under threat from rising corporate power, neo-liberalism and ultimately from fascism, but we can resist and rebuild our societies.

What we need to be doing though is seeing these real threats to our liberty, privacy and freedom that exist right in our face and not be distracted into ridiculous alternative theories about lizard people, underground bunkers full of children or radio waves that spread viruses.

Masks, and social distancing are not the problem, it’s the banks, the big multi-national corporations, your personal devices, and the rising threat of fascism around the world.

We need to regroup our civil society organisations, social movements and trade unions and political parties to fight for democracy and governance. We need to see through the kleptocracy of the Morrison government as it keeps funnelling our taxes to gas companies and media tycoons like Murdoch.

We need to see that community based political movements and political parties that reject corporate donations can stand up to this corruption and put our support there.

We are not asleep, we are not without a critique on the way the world is going, but we also don’t need to misdefine the problem through conspiracy theories.