Colin Barnett quick to protest against ‘activism degrees’ – The Australian, 16/10/2014 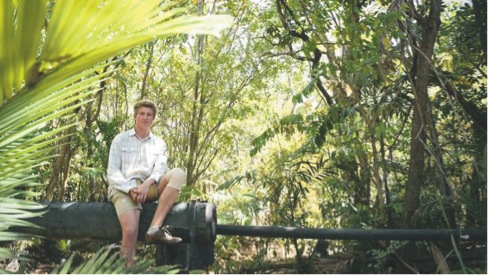 WEST Australian Premier Colin Barnett says the nation’s universities should not be teaching people how to be activists.

“I certainly hope the universities aren’t teaching people how to be activists — that is not their proper function.”

Mr Barnett’s comments came after revelations that activism courses are being taught in several Australian universities and after comments by resources industry bosses who have warned about green activists campaigning against any development.

Environmental activist Ahri Tallon was yesterday busy using his activist training to make banners for this weekend’s protest in Townsville against dredge-spoil dumping on the Great Barrier Reef. Far from being a master of a dark art as resource companies suggest, he said what he had learned about participating in democracy and marketing was little different from what he was learning in his business degree at James Cook University.

Mr Tallon, 23, is one of those green students that Shell Australia chairman Andrew Smith this week claimed were doing “degrees in activism” and using skills in misinformation and manipulation to threaten resource developments.

But what Shell may see as misinformation, Mr Tallon sees as the view of mainstream scientists and the public at large. “We live in a democratic system yet we do not get taught (in school) the details of how it works or what we can do to play our part,” Mr Tallon said.

“To be an active citizen, who stands for what they believe in, it is essential that courses and training is available to understand what power is and how in the face of multi-million-dollar corporate PR campaigns ordinary citizens can have any of it.”

Two years ago Mr Tallon enrolled for Southern Cross University’s law course on “public interest advocacy”, which he said had been focused on theories of power and having influence in democracies, as well as the practical legal implications of holding public meetings and demonstrations.

Aidan Ricketts, a law academic and an activist against coal-seam gas, runs the Southern Cross course. He said it wasn’t about teaching people how to mobilise, but about teaching how power ­operated in democracies, the powers available to citizens and the legal implications of different courses of action.

Southern Cross vice-chancellor Peter Lee defended the course, saying it was grounded in fact and that it was a legitimate area of academic inquiry. “It is an area of legitimate academic debate and Aidan has the expertise to teach it,” Professor Lee said.

Perth mining industry executive Mike Young said activists should be held accountable for spreading misinformation. “There are always going to be people who are opposed to mining,” he said. “But what really frustrates me and gets me angry is if they’re so adamantly against mining, they should stop using the products. It’s the sheer hypocrisy of these groups that really frustrates me.’’