On May 16, 2022 · Leave a Comment · In Commentary
Resilience means more than our ability to return to a previous state after disruption. It means being able to respond and adapt in meaningful ways that take a new set of conditions into account.

The climate crisis is upon us, and already in Australia we are witnessing displacement as a result of increasingly intense and frequent climatic events. Many of our bushfire survivors who lost their homes in 2019/20, are still languishing in tents and caravans and struggling with local authorities to be allowed to rebuild. Now in Lismore and in the hills around the Northern Rivers we are seeing another wave of displaced people.

We certainly need to move past climate denialism and into an acceptance of the dangerous and unpredictable future we have collectively chosen. Part of that acceptance needs to be about genuine surge capacity in our disaster preparedness, and an honest mea culpa from our political class for lying about climate change for three decades.

But crucially we need to develop a sense of how we are going to respond to the scale of destruction and displacement that we have unleashed. Denial is the enemy of adaptive response and it comes in many forms.

What I am witnessing on the ground in Lismore is the clear and present danger of allowing ‘safety paternalism’ to take over from intelligent, adaptive and socially just responses.

There is a massive disconnect between the ideology of peak safety that has become a standard for our workplaces and homes in what I might call ‘peacetime’ (normal times is a meaningless term now). Of course when things are stable it is prudent to identify all manner of potential harm and try to avoid it, but in times of disaster, risk itself becomes the terrain and clinging to an imaginary gold standard of safety becomes not only maladaptive, but worse it can become a foil for blame-shifting, impact-shifting and extreme forms of paternalism that only worsen the impacts of a disaster upon those most affected. 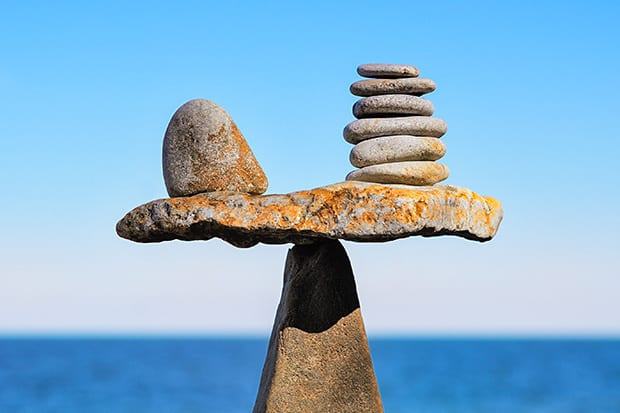 Our region stands at a crossroads. Do we accept the increased risk that has become our reality (fire, flood, storm, coastal erosion and landslip) and explore the myriad ways in which we can adapt to it or do we allow a remote, disconnected bureaucratic cookie cutter vision of ‘safety’ to become the excuse for large scale unjust paternalism.

Right now on the ground, many impacted people are doing all they can to respond creatively to their new situation, but are being hamstrung specifically by safety paternalism. My mail isn’t delivered, my gas isn’t delivered and my power not reconnected because ‘safety’ is being used as an excuse to shift the burden of adaptation from the supply authorities (who we pay) onto the affected. Demanding we employ, at our own expense, impossibly busy tradies to re-certify everything until basic services will be restored.

This kind of inflexible safety obessionism is maladaptive in actual disaster. But worse it reveals how quickly seemingly good intentions become the vehicle of injustice. Dare I remind us of the many times in the past that paternalism over people who have been deemed to be a ‘problem’ has worked terrible injustice, even as those who perpetrate the injustice argue and internally self-rationalise that it is for ‘their own good’.

The historic examples are many and whilst I don’t for a moment suggest equivalence, this kind of paternalism as injustice is what we have subjected indigenous communities to ever since colonisation, it is what we do to our genuine international refugees and we are now starting to do it to our growing class of internally displaced climate refugees.

Lets go forwards a bit. There is much talk now of what the ‘solution’ is for Lismore and surrounds. But be very careful about who takes control of this conversation and what kind of ideology becomes implicit. Beware of the risk of injustice disguised as care.

Lismore needs creative thinking, but that is best placed to come from the flood affected communities themselves, not from remote bureaucrats and corporations seeking to make a buck.

Maladaptive paternalism tends to seek top down, one size fits all ‘solutions’ rather than empowering bottom up ‘responses ‘ informed by the lived experience, aspirations and ingenuity of the affected communities.

Solutions is also the wrong word, there is no solution to runaway climate chaos, there is only responsiveness. In Lismore this would mean a wide variety of responses suitable to individual locations and circumstances. Some houses can be raised to 16 m (the topographic landscape limit of flooding), some can’t be, but can benefit from internal reconstructions with flood resilient materials, some houses could have a loft added above 16m with a bay window to enable evacuation when required, we could explore floating structures anchored to moorings where the allotment size is large enough, or floating structures with pylons. We can also look at voluntary buy backs with market equivalence. There is a deep fear of compulsory buy backs in which homes will be exchanged for a mere deposit in some newly created development of Uplandia, where once again private developers would make a motza out of the ‘solution’ and the affected would be forced deeper into poverty.

Working with communities and individuals to fund and choose adaptive responses is the way forward. Climate chaos is coming for everybody, it is a global phenomenon. When the uber wealthy properties are falling into the sea along the entire east coast beachfront will we impose paternalism on those people as well?

Government lacked the adaptive capacity to deal with the scale of the floods and landslips on the day and this task fell to community who had the on-the-ground knowledge, resourcefulness, and granular capacity to take the necessary risks to achieve a very successful large scale civilian rescue.

These same adaptive resourceful communities need to be the ones that drive their own futures, a climate compromised future, but one that they are best placed to negotiate.

If our governments really want to find solutions, there’s plenty of work in their own backyard ending fossil fuel subsidies, ending the corrupt culture of political donations and favours, and investing in surge capacity for inevitable disaster relief requirements.

All communities are going to be affected, nationwide and globally and we are going to have to understand the complex and nuanced nature of adaptive responsiveness, it involves compromises and it involves risks.

This disaster has revealed powerfully how absurd it is to try to impose a safety ideology based on stability onto an emerging risk laden future. Life on this planet was never safe, but it’s going to get a whole lot less safe in the future and we need to make sure justice and self determination remains a priority for all communities.

This article was first published in the Nimbin Good Times.