Prohibition, it begins and ends with violating our rights

On February 11, 2016 · Leave a Comment · In Commentary
During the 19th century English philosopher John Stuart Mill elucidated very coherent arguments about the proper role of the state in relation to personal liberties and personal choice. In essence, the law should only intervene to prevent us harming others. He argued that the state and society generally should avoid interfering in the personal life choices of individuals, partly because people deserved the right to their own experiments and partly because through experimentation, society advances. 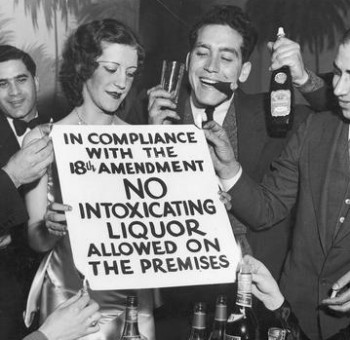 In relation to drug prohibition, history has shown just how right Mill was about paternalistic laws. The primary impact of prohibition on our rights begins by transgressing an individual’s right to choose what they do with their own mind and body, but worse still, its secondary impact is that it necessarily sets in motion a never ending erosion of everyone’s rights whether they use prohibited drugs or not and its tertiary impacts of corruption and organised crime are even worse.

Once we accept the state prohibiting private behaviours which concern no-one other than the participants (and this would also include laws against diverse sexuality, sex work or drug use) then repressive enforcement mechanisms follow as sure as night follows day.

Victimless and complainant less crimes are by their nature difficult to enforce. If someone robs or assaults you, your complaint to the police should set the enforcement process in train. There is a witness because there is a victim. With crimes of personal choice however, there is no complainant and so police enforcement is virtually impossible without then establishing the machinery of personal surveillance. What we have seen with decades of drug prohibition is the inexorable extension of police powers. Absurdly murderers are afforded greater legal protections from police enforcement activities than humble drug users. For drug users there’s sniffer dogs, phone tapping, forced car and body searches based on mere suspicion, helicopter raids, undercover police ‘sting’ operations, and the latest weapon, roadside drug tests.

Prohibition has set in train changes to criminal law that have reversed the onus of proof (deemed supply charges), enabled police to commit drug crimes in order to entrap suspects, and led to the position where NSW now has one of the highest rates of legalised electronic police surveillance in the world. Prohibition has wrought massive damage to the rule of law, to the concept of due process and to the traditional value of the presumption of innocence. 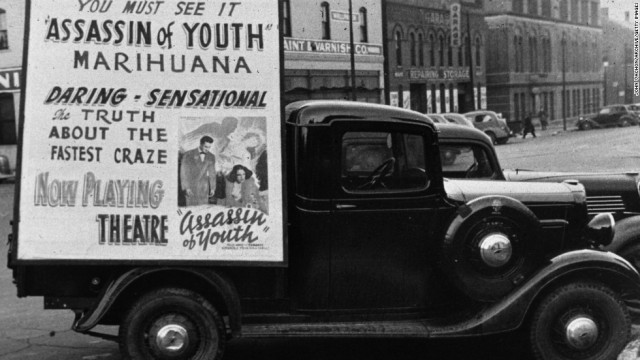 This corrosion of our legal system is the ever expanding secondary harm of prohibition. It is a harm that affects everybody, whether they are drug users or not, because essentially under NSW law we are all treated as drug suspects every day of our lives.

But there is a tertiary harm to prohibition that extends even further, and that is the massive corruption, violence and organised crime that engulfs any society foolish enough to go down the path of criminalising private behaviours.

There are two types of harm associated with drug use, one is drug related harm, the other is prohibition related harm. Drug related harm describes the harms directly caused by the effects of the drug on a person’s mind or body. It may be personal physical or mental health impacts, or it may at times extend into behaviours that harm others such as violence, domestic violence and impaired driving. The health impacts are and should be a health issue, the harms on other people are quite rightly distinct crimes in themselves and this includes impaired driving.

But the overwhelming bulk of the social harms that we associate with drugs these days are actually prohibition related harms. The erosion of civil liberties, the official corruption, the massive waste of police and court resources, the poor quality drugs at festivals, massive organised crime activity, the petty crimes such as theft committed to fuel expensive drug habits, the piles of bloodied corpses at the Mexican border, the overcrowded prison systems of the Australia and the US. There is a never ending social, economic and human catastrophe that has been created by the policy of prohibition.

The saddest irony in all of this is that prohibition of drugs has failed just as surely as prohibition of the sex industry has always failed. Humans will take drugs, humans will buy and sell sex, and attempts at prohibition only create much bigger problems than they seek to prevent.

All over the world governments are waking up not only to the failure of prohibition but to the massive cost of the secondary and tertiary harms that it generates. In the United States, the nation that has been the single greatest proponent of prohibition for nearly a century, the tide is turning fast, similarly in Europe, and South America, prohibition is in retreat.

Australia is becoming a stagnant backwater on this issue. Whilst we can see how pointless and painful prohibition has become we seem unable to move beyond it to a genuine harm reduction approach.

We are living in the historic aftermath of a failed policy, and most people can’t see the wood for the trees. When people talk about the problem of drugs, they are mostly ignorant of the fact that 80% of the problem with drugs is prohibition related harm itself. We should follow Portugal’s lead and end prohibition and redirect the massive resources into dealing with real drug related harms in the lives of individual citizens.

This article was first published in the Nimbin GoodTimes, Feb, 2016.