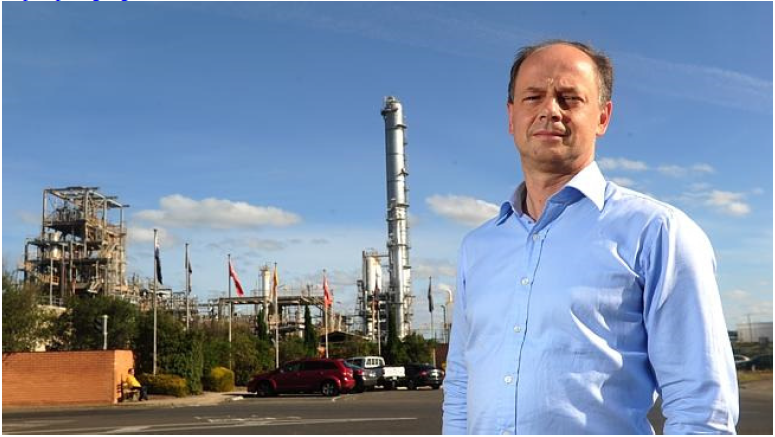 AUSTRALIA’S largest resources companies have warned green activists campaigning for an end to fossil fuels are destroying jobs and fast becoming one of the greatest challenges to growth.

Andrew Smith, the chairman of the Australian arm of Anglo-Dutch company Shell, yesterday led the debate against what he labelled university students with “degrees in activism”, arguing that they were spreading misinformation and manipulating communities to slow the pace of development.

“Challenging decisions will face more effective campaigns of public outrage, some of it based on confected outrage whipped up by university graduates armed with degrees in activism,” Mr Smith said. “But we cannot allow these dynamics to halt Australian progress.” Activism courses are being taught in legal, politics and humanities departments at several universities and are often focused on political theory and understanding the role of activism in democracy.

Mr Ricketts described it as an “advanced form of citizenship education”. The lecturer, himself an activist against the use of coal-seam gas, said it was “nonsense” to suggest that universities were preparing students to confect outrage and manipulate information. “That is a cheap swipe at other people’s opinion’s that Shell don’t agree with,” Mr Ricketts said.

Rio Tinto’s energy chief executive, Harry Kenyon-Slaney, knows the impact activists can have on projects, after his company’s expansion of its Warkworth coalmine in NSW was halted by opposition groups, putting 1300 jobs at risk. “This is a mine that has been part of the Hunter Valley community for 30 years and provides work for 1300 people, but we’ve spent five years so far trying to secure its future in the face of opposition from activist groups such as The Australia Institute,” Mr Kenyon-Slaney said. “People at the extreme end of the debate who would like to see all coal exports cease are willing not only to destroy jobs here in Australia, but also the social and economic development that cheap and abundant energy brings round the world.”

Whitehaven Coal has been a constant target of green activists determined to frustrate the development of its Maules Creek coalmine in NSW. Its chairman, Mark Vaile, former head of the Nationals party, said activists had zero accountability for their actions. “The information the green activists put out is never tested,” Mr Vaile said. The Australian National University has come under attack after its recent decision to divest its holdings in seven companies — including Santos, Newcrest Mining and Iluka Resources — because it said the companies had a poor record on environmental responsibility. “What is the next thing that the so-called ethical investors and university funds withdraw from?” Mr Vaile said. “Are they now, if they stick to their principles, going to withdraw from all investment in the agricultural industries in Australia, as they are also significant emitters of greenhouse gases?”

Mr Vaile, who recently returned from South Korea, said Australia was now viewed with concern as an investment destination because of the uncertainty in terms of the timing of projects. “Prospective investors are looking at the fact that approved projects are being challenged in court by some organisation who are unaccountable,” he said. “We have the government promoting Australia as an investment destination, negotiating FTAs, yet at a state level you have regulations that can be used and abused by green activists.”

Ahri Tallon, a former student of Mr Ricketts, said that in addition to legal skills the course had taught him how to organise meetings and demonstrations and engage with the media. “Real Australian progress is an active and participatory democracy where decisions are transparent, accountable and debated,” he said.