Bentley Blockade: a timely warning to all resource investors 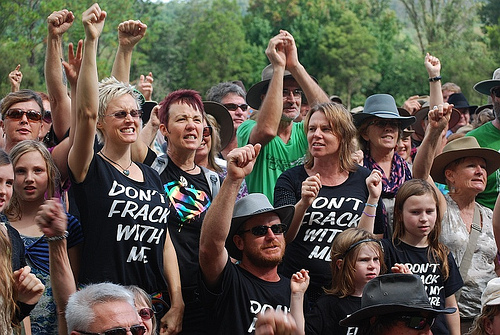 When community opposition becomes a ‘perfect storm’ for resource investors.

The recent suspension of the exploration license of the speculative gas company Metgasco in the face of massive community opposition to its Bentley operation in the Northern Rivers should serve as a serious warning to investors in the coal and gas industry across Australia.

The idea of the need for social license for extractive industries is not new, but it seems companies and investors are not looking beyond the formalities of community consultation to assess the real risks that community conflicts pose to their investments. A recently released research report makes exactly this point observing that “most extractive companies do not currently identify, understand and aggregate the full range of costs of conflict with local communities.”1 (p8) .

What is often also not properly understood is the increasing sophistication of social movements when it comes to the issue of investment risk and social mobilisation. Non-linear change strategies are being employed by social movements that focus upon innovative methods of community networking as well as powerful new approaches to understanding the ‘system effects’ that can be harnessed to bring pressure upon corporate targets. 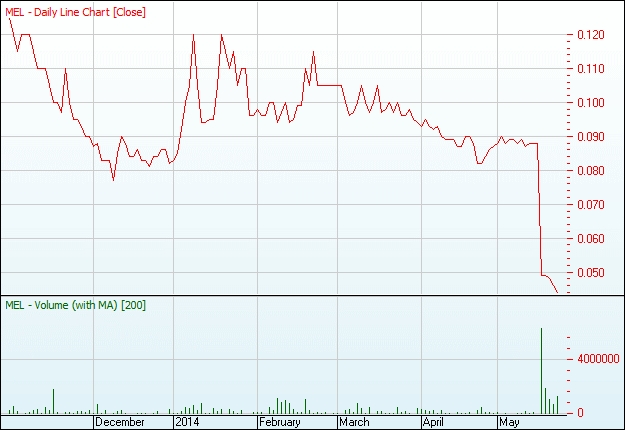 In the case of Metgasco, it cannot seriously be argued that the risk of social conflict could have come as a surprise to a diligent company manager, and if it was a surprise for investors then there appears to have been a major disclosure problem taking place over the past several years. In May 2012, 7000 people marched through the streets of Lismore to oppose invasive gasfields, on a per capita basis if repeated in Sydney this would equate to about 640 000 people. In September 2012 a shire wide poll was conducted by the Australian Electoral Commission in Lismore and recorded a staggering 87% vote against the establishment of a gas industry in the region.2 University research in the Richmond Valley in 2013, where Metgasco continually claimed to have community support revealed 65% of respondents against the industry and only 16% in favour.3 Despite these hard sources of data Metgasco continued to insist in its communications to investors from 2012- 2014 that it had community support. Similarly there was an astounding lack of disclosure to the market about the impact of protests and blockades.

To the extent that this denial also reflected an attitude in Metgasco’s management that community opposition was manageable, the roots of the company’s current dilemna become obvious. This week the state government suspended Metgascos exploration license as an historic confrontation brewed between 7000 mainstream residents of the region and more than 700 police. To say that Metgasco had failed in its community consultation obligations was nothing short of an understatement.

The issue of industrial gasfield expansion has ignited a burgeoning and intelligent social movement across rural Australia in the form of the Lock The Gate movement, and the Gasfield Free Northern Rivers alliance has been a particularly powerful and innovative aspect of that national alliance. The meeting of farmers and environmentalists has gone well beyond being a novelty, it’s is now an established cultural force to be reckoned with.

In the northern rivers, the movement has pioneered a number of social movement mobilisation and consensus building processes that have increasingly been taken up as far as way as Victoria, South Australia and the United Kingdom, as activists worldwide watch this space and learn. The ‘gasfield free community strategy’ is a powerful community consensus building process that is based on eyeball to eyeball communication across entire communities and the establishment of a civil defence pattern resembling the volunteer fire brigades so familiar to rural Australians. For Metgasco that has no other significant gas acreage outside of the Northern Rivers, how could the growing mobilisation of the region from 2012 onwards have been anything other than a material Investment risk?

The gasfield free movement itself has been overt about the investment risk issue, waging an intelligent risk communication strategy in which it proactively targeted investors and shareholders with information about the scale of social movement opposition and articulated it as a serious risk. This campaign has included a raft of formal complaints to the ASX and ASIC about Metgascos failures to disclose the scale of community opposition, as well campaigns in public media.

Metgasco may provide a particularly topical and graphic illustration of the severe risk of ignoring community opposition but the lessons are of general application to resource sector investors. Risk campaigning is not unique to the Metgasco campaign it is a developing strategy worldwide, particularly in the context of carbon based industries.4

Modern social movements are intelligent and well aware of the power they have to generate external risk for companies that become their targets. Right now Whitehaven Coal at Maules Creek and Santos in the Pilliga are the focus of very similar dynamics as Metgasco. Added to this picture is a widespread perception of a failure of democracy in Australia where rural communities see the mining industry as having co-opted both major political parties and compromised our parliamentary system, and a global campaign of fossil fuel divestment, and an intelligent social movement across Australia and you have the ingredients of perfect storm for the resource sector.

Aidan Ricketts is a law lecturer at Southern Cross University, and author of The Activists’ Handbook: a step by step guide to participatory democracy.

4 Ricketts, A 2013, ‘Investment risk: an amplification tool for social movement campaigns globally and locally’, Journal of Economic and Social Policy, vol. 15, no. 3.
Share this with your networks

2 Responses to Bentley Blockade: a timely warning to all resource investors