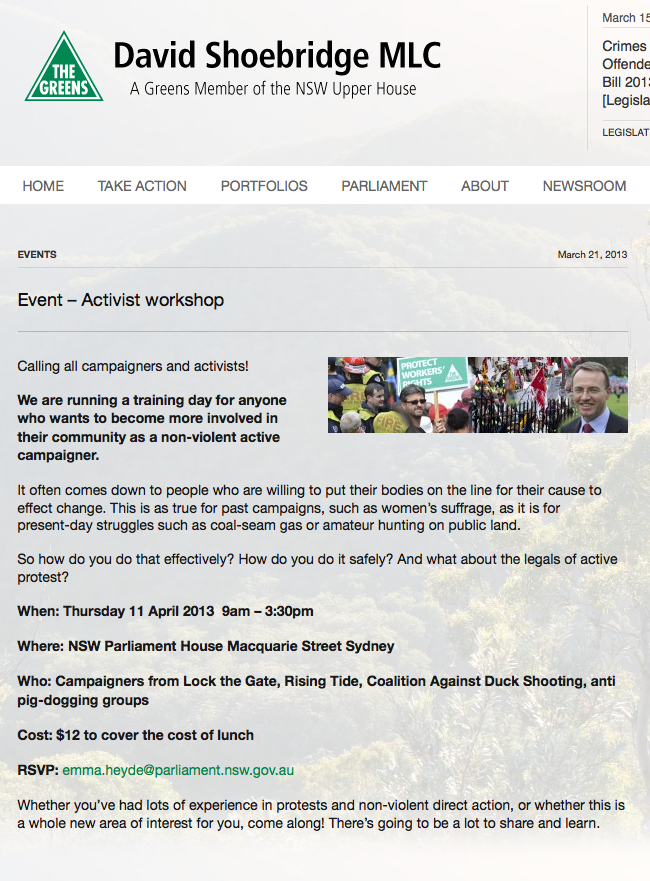 Calling all campaigners and activists!

The office of Greens MLC, David Shoebringe is running a training day for anyone who wants to become more involved in their community as a non-violent active campaigner.

It often comes down to people who are willing to put their bodies on the line for their cause to effect change. This is as true for past campaigns, such as women’s suffrage, as it is for present-day struggles such as coal-seam gas or amateur hunting on public land.

So how do you do that effectively? How do you do it safely? And what about the legals of active protest?