What is so different about the CSG- free campaign? 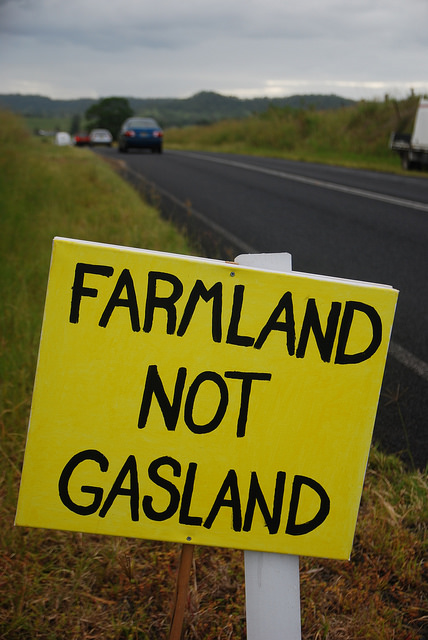 Compared to so many campaigns I’ve been involved what amazes me is how mainstream it really is.

Rather than struggling to motivate communities to take an interest, this worm has well and truly turned and I am now struggling to keep up with the demand from formerly conservative and mainstream rural communities to roll out campaign and direct action training across the region. So many people want to be involved and have so much fresh energy and enthusiasm, its important be able to provide resources to enable people, many of whom have never protested before to become the front line in defending their homes and communities.

The CSG–Free Northern Rivers approach represents a ratcheting up of community resistance to CSG activities and hopefully will become a model for other regions to emulate. Locking the gate has been a brilliant and powerful tool for rallying farmers and landowners but by itself is no silver bullet. There remains the risk that miners will buy off individual landholders, and once they gain access will mole their way under all of the neighbouring properties.

There is now a need to move to ‘whole of community resistance’ to CSG to effectively protect our environment and communities. To give a powerful role to everyone, farmers landowners, non landowners, the whole community.

Training aims to facilitate the proliferation of locally based groups, informed and skilled in non-violent direct action resistance to CSG activities. Resource packages are being developed to facilitate communities to declare their own CSG free zones, which means local ‘zero tolerance’ to CSG activity of any kind…. road, by road, valley by valley and hopefully region by region. It’s like a cross between neighbourhood watch and the rural bushfire brigades, only all groups are autonomous.