What a difference direct action makes: resistance thrives on persistence

On February 21, 2013 · Leave a Comment · In News & Events
What a difference direct action makes: resistance thrives on persistence

Direct action protests can be hard work to sustain and even frustrating at times when overwhelming police force is used to secure the assets of unpopular industrial opponents, but time and again direct action has proven itself to be the flame that boils the pot when it comes to successful social change strategies.

Nonviolent direct action, by which we usually mean blockades, sit-ins and various other forms of highly visible protest, is most effective when it is more than simply a temporary stunt, but an actual gritty action aimed to seriously stop or delay some destructive activity. It is also never a campaign strategy all on its own. (Ricketts 2006) But employed within the framework of a credible campaign in which it is aligned with political, legal, economic, media and public awareness strategies it can become the power tool of social change.

A starting point for understanding its effective use is to accept that on its own it can rarely be successful for very long in resisting the overwhelming force of the state once that force is marshalled against it, but that its real power lies in what it reveals about the power holders, the society and the issue and the overarching power of persistence.

I observed in previous blogs that the power of each CSG blockade lay not in winning on the ground on that one drill site, but in forcing the government and the companies into a self-defeating cycle of displays of overwhelming force as they go about imposing an unwanted industry on unwilling populations by force. (See previous blog:  https://aidanricketts.com/the-great-gas-invasion-is-doomed-to-fail-as-communities-unite-and-fight/) 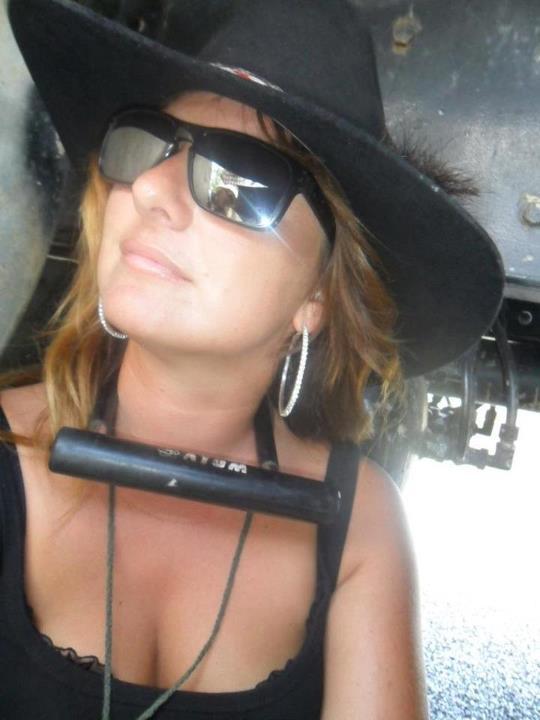 The important dynamic for communities involved in these campaigns is to remain optimistic and persistent. The ability to stand witness to displays of overwhelming force, remain assertive but nonviolent, and to then regroup and continue resistance once the show of force subsides is the winning formula for sure, the only catch is we never really know how many times we need to repeat this process before the wheels start falling off the vested interests’ cart.

So let’s take a little empiric look at the protests against unconventional gas in Northern NSW over the past several months. It is always difficult to ascertain what political shifts are the outcome of direct action and what is part of larger political activity by the movement regionally, nationally or beyond, but if we accept that effective direct action is always part of a larger picture we can at least take a good look.

Unconventional gas mining has encountered little in the way of direct resistance until 2012. The first arrest was near Casino in action at Metgasco’s holding ponds in June 2012. The first serious blockade for 2012 occurred in August at Fullerton Cove near Newcastle, and by November a long running blockade was established at Glenugie near Grafton. As predicted the state government and industry responded to these first protests with a massive show of police force designed to shock and awe protesters into some sense of futility of resistance. But powerfully the rhetoric of the movement was sophisticated and even during the riot police action at Glenugie on the day people were being reminded that this was merely a symbolic festival of force and that the persistence of the people 365 days of the year would be far more powerful. Indeed this turned out to be true; the installation of a drill rig at Glenugie was a pyrrhic victory for the gas company Metgasco. By the time the riot police forced access to the site in January 2013, the rig has remained idle in a compound in casino for most of December at great cost to the company. The drilling operation was not a money maker but merely an exploration well and so the net cost to the company was enormous. So great in fact that Metgasco abandoned a second planned drill site and proceeded immediately to Doubtful Ck. Even moving the drill rig from Glenugie to Doubtful Ck required a massive police presence, involving numerous vehicles, buses, cherry pickers, rescue squad and police at both site to accomplish the simple movement of the rig.

It is always hard for communities to stay optimistic when they see industry imposed upon them with such overwhelming commitment of force, but in actual fact it is a compliment. It shows just how threatened the industry is by an organised social movement that employs direct action to resist it.

So what have been the outcomes so far?

Metgasco has in four months managed to complete two out of three of their planned non-productive test drills. Not one ounce of gas has been produced. In that time however Metgascos share price has tumbled through several successive new low points. During that the much larger unconventional gas coy “Arrow Energy” (aka Shell and Petro China) decided to let go of its assets in the hotly resisted Northern rivers area and sold them for a “modest” payment to Dart energy. Clearly the gas reserves of the Northern Rivers are starting to look like a stranded asset.

Before blockades started in November Metgasco’s price was sitting around 20 c, it dropped to about 18 c by the end of November and during the long delay while the blockade held and its drill rig lay idle during December it fell to a new low around 15 c. Despite some small fluctuations the price struggled to stay above 17 c until February when it really started to fall quickly (see ASX chart left)

The February fall was not so much associated with direct action success although the Doubtful Ck protest camp was still in place but more likely due to growing evidence that political power holders were finally starting to shift their positions in relation to unconventional gas. In the federal seats comprising the Northern Rivers area where so much of the determined resistance was centred federal politicians of both major parties declared their opposition to the industry locally, and within weeks the state government, a staunch enabler of the industry was also back flipping in an attempt to sandbag itself from the political fallout from csg plans in western Sydney and the Hunter region. Finally a domino had fallen; the state government had done what the unconventional gas industry had spent years of lobbying trying to prevent, they declared some areas off limits to gas activity. 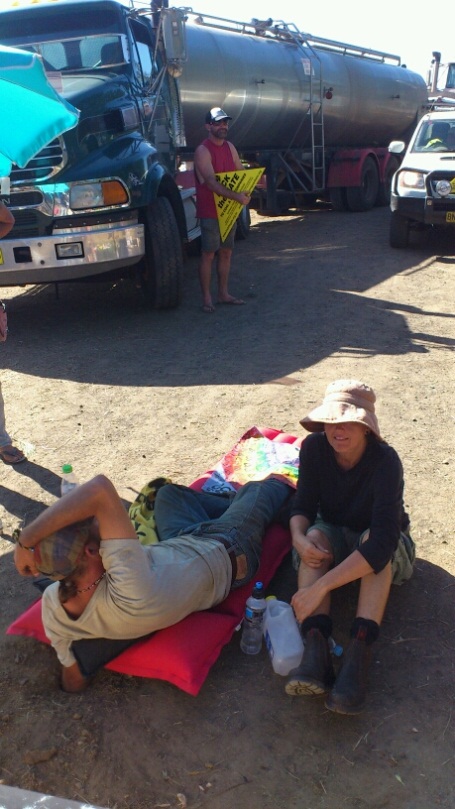 The initial decision is a cynical exercise by the government to contain the fall out in residential areas and the Hunter, but the industry knows that once one community wins one exclusion, the dominoes will fall.

Now it is important not to claim that all of this political and economic shift of fortunes is attributable to direct action alone. There are an enormous range of other strategies (including the very powerful gasfield free communities strategy)  under way at the local regional and national level and it all ties together, but Metgasco is a company that relies on its gas licenses in the Northern Rivers and so it does make a useful case study. Arrow certainly saw the writing on the wall and backed out of the Northern Rivers. The point is that direct action can never be separated out from its wider campaign context, but there is no doubt as to its power to empower social movements and communities, to slow down dangerous activities, to mobilise the wider community and to gain the attention of politicians and investors.

The battle against unconventional gas and ultimately against  ongoing investment in outdated and destructive fossil fuel technologies generally has very long way to run. But communities engaged in the good fight should congratulate themselves for their grit and their persistence and prepare themselves for a long journey knowing that success should not be measured by how many individual blockades are breached by masses of riot police or by what symbolic victories the gas companies can achieve but only by the persistence of resistance of local communities. One can only begin to imagine how different the politics and economics of unconventional gas might look for these communities had they not taken a robust stand. Persistent nonviolent direct action integrated into an intelligent campaign strategy is a winning combination.