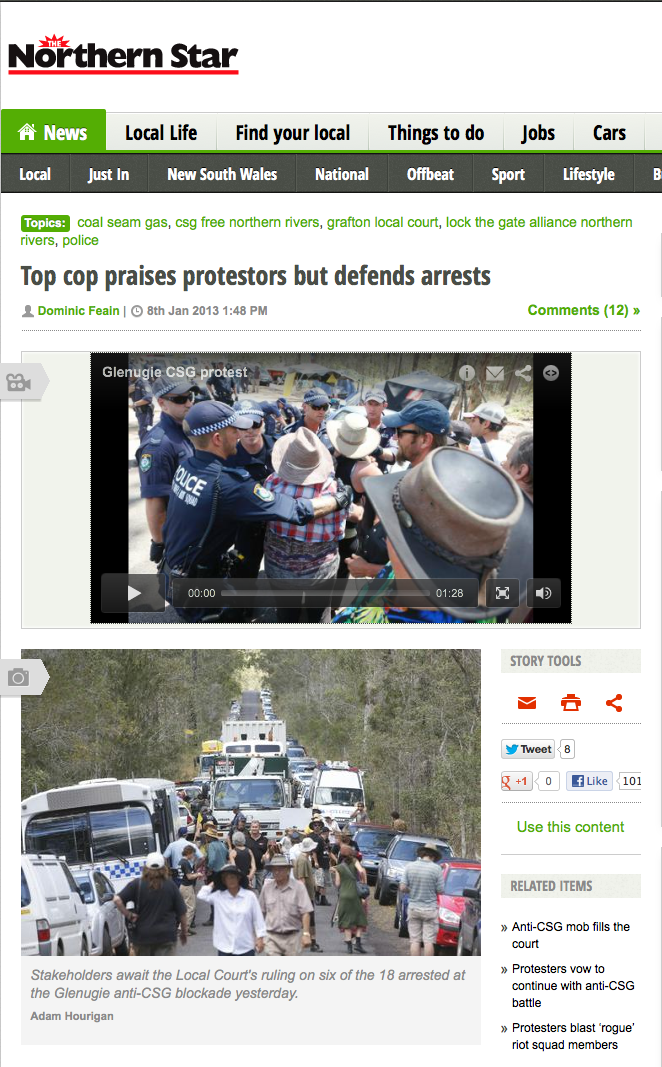 While most are listed to appear in Grafton Local Court next month, six of the 18 arrested refused to sign their bail conditions and face the Grafton magistrate today.

Stakeholders are expected to be watching the outcome of those cases with extreme interest.

While protestors are reporting an exit of police numbers from the Glenugie CSG site today, Supt Holahan says police will continue to maintain a presence.