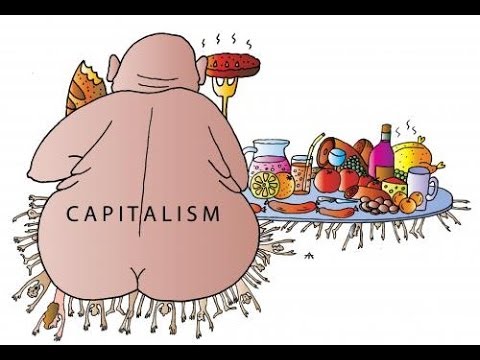 Capitalism has its many flaws and neo-liberalism even more so as it reduces our environment, our communities and our cultures to mere commodities with tradeable values. Probably the greatest generic error of both theories is their abject failure to align themselves with the observable and known laws of basic physics.

Climate change is only the first and most obvious sign of an economic and legal system that defies science and physics. In ignoring the carbon cycle we have ignored one of the known constraints within which life itself operates, we ignore earth’s other life maintenance systems at our own increasing peril. Chief among the terminal algorithms of modern capitalism and neo-liberalism is the religious like attachment to the Ponzi scheme logic of perpetual economic growth. We know it can’t work but we have created a system so afraid of its own inevitable collapse that it cannot look beyond the vicious cycle it finds itself in.

Capitalism is a flexible and complex adaptive system, which is why it has been able to adapt to many of the challenges thrown at it by the left over the last couple of centuries, commodifying rebellion, and outmanoeuvring governmental regulation at every turn. As a system that is flexible enough to allow old and dying business models to wither and new vibrant ones to flourish and take over, it has held out a promise of an adaptive economy that can maximise innovation and enterprise. Yet when we look at modern day Australia we see that even this modest promise of capitalism and prevailing neo-liberalism is not being delivered.

We don’t even have actual capitalism and neo-liberalism, what we have is an economic and political system in this country crippled by systemic corruption. Whilst our politicians and business leaders like to talk the talk of free trade, open competition and an absence of subsidies and protectionism, the reality is very different.

There are three big industry sectors in Australia that are so corrupt that they are daily distorting our economy and heading us toward social and environmental catastrophe. These three are the mining sector, the energy industry and the housing market.

The mining sector is a giant sophisticated and cashed up lobby group that has spent over 60 years penetrating and corrupting the major parliamentary parties so that regardless of who is in power, no government ever seriously challenges their power, privileges, subsidies and favours. Through political patronage in the form of massive donations to both Labor and the LNP, through a revolving door of pre and post parliamentary careers, the mining industry exerts overriding influence on our parliaments. One only has to look at what happened to Gough Whitlam when he tried to tackle them in the 1970’s and the more recent example of the instant fall of Kevin Rudd when he proposed a super profits tax, to see their influence in action. Despite the rantings of neo-liberals the mining industry is massively subsidised and usually gets to virtually write its own legislation. Our nation’s incapacity to formulate a meaningful response to climate change is a direct result of this industry’s powerful influence. The current debacle over domestic gas prices is another key example. The mining industry word for democracy is ‘sovereign risk’ thankfully movements like Lock the Gate have begun to restore some balance with recent campaigns but there is a long way to go.

The energy sector is closely related to the mining industry and is also running on an outdated business model kept alive by political patronage. The sector’s model of centralised power distribution continues to be based upon a fossil fuel model of power production and actively resists the emergence of cheaper, cleaner and more efficient renewable energy. It is backing itself into a corner by exploiting homeowners who install solar panels, increasing connection fees to the grid and as a result driving incentives for household batteries. Batteries may be part of the solution but they should be community infrastructure rather than individually owned and it is encouraging to see the moves currently afoot in the Northern Rivers for a community based battery purchase model.

Systemic corruption of mining and energy policy in this country is what is driving policy paralysis on climate change and hindering the transition to renewables. In the place of innovation we get lies, subsidisation and protectionism of old business models and endless obstacles to a job rich clean energy future.

Finally there is another completely corrupt sector but this one is so widespread that it involves and deeply implicates a large swathe of the population and that is the housing market. Supported by a generational wealth disparity, and manipulated by a cynical system of tax concessions we have a housing market that delivers little more than speculation, high prices, homelessness and injustice.

The vast majority of politicians throughout Australia as well as a huge proportion of the population over 50 have their noses in the trough of investment properties. So widespread is the vested interest that no sensible policies to address housing affordability see the light of day. In their place we get cynical schemes like first homebuyers’ grants and the recent suggestion to raid younger people’s super savings to enable them to pay inflated house prices. These kinds of schemes are nothing but further subsidies to vendors, pushing up prices and further impoverishing younger generations.

There is only one real way that housing affordability will be addressed, that is by the haves taking a big hit on the value of their many investment properties, paying their due of taxes and support for government schemes to massively increase spending on social housing. The tax lurks, the negative gearing and the capital gains tax exemptions must end, and houses need to become homes again. The corrupt state of the Australian housing market is an intergenerational crime.

So for all of the talk of politicians about lifters and leaners, and market flexibility, and the pretence that we don’t embrace protectionism, what we actually have in Australia is a systemically corrupt system of protectionism and favouritism hiding behind the incomprehensible babble of neo-liberal market speak.

Thankfully here in the Northern Rivers we are a resilient community and we have promoted practical and viable responses to all three corrupt models. Our resistance to the fossil fuel cartels is well known, our promotion of community owned energy projects is rapidly gaining momentum and our historic experimentation with multiple occupancy communities has locked in large swathes of land that offer low cost housing opportunities and take land permanently out of the exploitative market place.

We should be proud of our community’s efforts to resist the corruption that surrounds us and continue to search for novel solutions that deliver equity and sustainability for a better future.