Theatre of protest: the magnifying effects of theatre in direct action 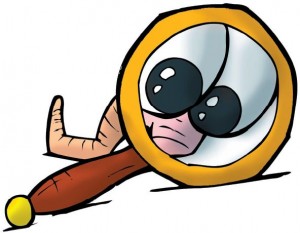 The first act of imagination required of any social change activist is the vision of a better world. The next challenge is to imagine ways to convey this vision to others. In its broadest sense, political theatre is the act of conveying this imagined better world to the everyday onlooker. Understood in this way, theatre is not just a technique that ‘may’ be used in protests but is indispensable. Theatre in protest can range from spontaneous street theatre through to entirely serious (even unlawful) acts of defiance embellished by the use of subtle psychological tools intended to manipulate meaning. This understanding of theatre is deliberately broad and it is intended to encapsulate a whole range of psychological devices associated with protest that can be intricately woven into the fabric of the experience. Devices such as imagination, ritual, ceremony, romance and symbolism, when combined with bold physical acts of protest, disobedience and defiance produce a powerful medium for asserting dissent.

Environmental protests since the 1970s, in Australia particularly, have provided a colourful stage for the theatre of protest. The activities of radical environmental organisations such as the North East Forest Alliance (NEFA) in north eastern NSW have done much to stretch the envelope of politically acceptable direct action protest. NEFA successfully highlighted the extent of old growth logging in north eastern NSW by conducting a decade-long and politically highly successful guerrilla-style1 campaign of direct action. NEFA achieved particular notoriety in 1992 when a group of activists travelled to Sydney to stage a series of controversial direct actions at the parliament, and later at the offices of the NSW Forestry Commission. These actions were as bold as they were theatrical, and as such provide excellent case studies for analysis.

Theatrical and imaginative portrayals of physical protests can produce a kind of paradigmatic theatre that has the capacity not only to magnify the political message, but also to empower protesters and, more subtly, to decentre ‘protestees’. The important but sometimes subtle inter-subjective aspects of such experiences will be examined by reference to the accounts of individuals involved in the depicted events.

This article is also available to purchase from Amazon here