The people stopped the Gasfields, the government failed us. 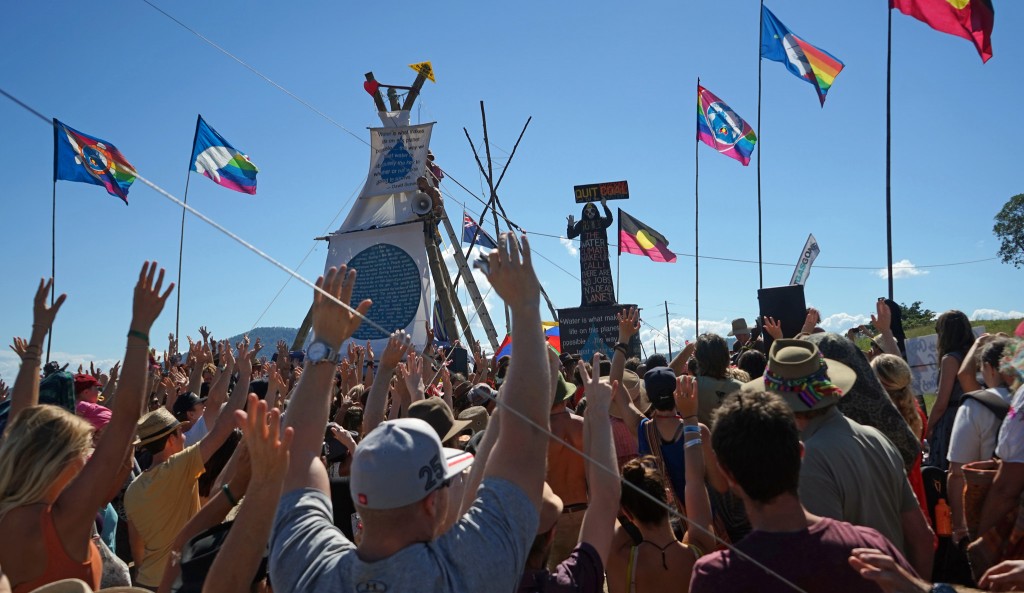 Gate A in full swing at Bentley Blockade. Photo by David Lowe

I am both delighted and angry at how this state election is going. Delighted that the great social movement of this region is so successful that every politician, even the biggest gasfield supporters amongst them are turning inside-out to pretend that they are anti-gasfields. But I am also as angry as hell at the way some pollies are trying to spin their desperate last minute flip flops. How can those who have spent four years backing the gas companies, surling riot police onto regional communities and renewing stalled gas licences have the gall to try to present themselves at one minute to the election as our saviours?

There is no greater insult possible to the many thousands of local residents who put their lives on hold for years fighting for a gasfield free region to have the very MPs who opposed us, suddenly trying to steal the credit for the coming demise of the gas industry here. The people made this region gasfield free, some were even arrested fighting for it, and we must never forget that.

It’s OK for politicians to listen to the community and change sides sometimes, but it has to be genuine, it has to be timely and it has to be done with a large dose of mea culpa. Unfortunately I am seeing none of those three vital elements. Instead we see an attempt to rewrite the facts of the past four years. Between them the LNP and the Christian Democrats and the Shooters Party had control of the Upper House for the last four years. Let them be judged on their actual voting record on the floor of parliament, not on last minute weasel words.

In 2012 the Greens put up a bill for a CSG moratorium, it was defeated in the Upper House by the LNP, Christian Dems and Shooters. In 2014 the Greens and Labor put up a Bill to cancel the gas licences, and it too was defeated. This is a record that can’t be denied.

Stop blaming the previous government, that’s just a worn out excuse. It was this state government that knowingly renewed the gas licences some as late as November last year, that’s just plain fact. Don’t hide behind the compensation argument either. The NSW parliament has the legislative power to cancel gas licences without compensation. I have no sympathy for speculative gas and mining companies that bank on compliant governments and then get burned when the community stands up to them. It is a rort to have the government running around paying out licence holders, and it is a lame excuse for leaving PEL 445 in place. We can all see now why the big global corporations want Australia to sign up to the The Transpacific Partnership (TPP) agreement, it’s because of the ideology that corporations somehow deserve to be compensated for democracy on the rare occasion that it inconveniences them.

The last minute attempts by government MPs to switch sides on the gas issue is the ugliest display of desperate politics imaginable. It is appalling that they don’t even have the guts to face this election based on their actual record in the parliament, no trace of mea culpa, and actually no properly binding commitments to cancel the active licences. Worse still, if the government is re-elected we are likely to see draconian new anti-protest laws to further protect mining companies from pesky rural communities. That’s right all those war veterans, farmers, grandmothers golden guitar winners and AFL football players who have locked on may be facing prison time if they take on big coal and gas companies in the near future.

This election we all have to break with old habits and send a clear message that we just won’t be treated as fools any longer. To make your vote count be sure to number every square on the Lower House ballot, and in the Upper House if you are voting above the line number at least four boxes above the line.

This article was originally published in the Northern Rivers Echo on 26 March, 2015.