Sovereignty at stake in TPP 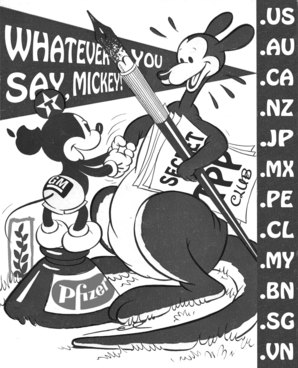 The federal government is currently finalising a major international trade agreement that may have major implications for our national sovereignty. Aside from any other winners and losers expected in the agreement there is one over-riding problem area. Under the proposed Trans-Pacific Partnership (TPP), corporations may be able to sue our governments for simply passing laws they don’t like.

Corporations enjoy a privileged legal status in which they possess most of the rights of natural born humans without sharing the same vulnerabilities and connectedness as the rest of us. People breathe air, depend on clean water, have families, live in communities and experience emotions like love, grief and anger. Corporations are artificially created legal entities designed to amass capital and purposed almost solely to the pursuit of profit. They are good at what they are designed to do, but as citizens they are sociopathic by their very design. This is not to say they are evil, just incapable of compassion. They cannot be trusted to run our society.

Corporations already have a lot of power over governments because of the vast amounts of wealth they control, but our parliaments, our democracy, and our national sovereignty is the backstop to this power. Increasingly modern trade instruments, such as the TPP include “investor-state dispute settlement” (ISDS) clauses, that are inserted solely for the benefit of corporations to allow them to sue any participating government that uses its sovereign democratic power in a way that damages the business of a corporation.

Tobacco company Philip Morris is already suing Australia under similar provisions because our Parliament passed plain packaging legislation. If the TPP is signed with ISDS provisions our national sovereignty will be damaged. In the future we will again need to pass laws to safeguard our society and our environment. We don’t need added intimidation by corporations.

The Federal Government wants to sign the TPP within weeks, but Unions, community groups and lobby group GetUp are asking people to contact federal pollies urging them not to sign or not to include ISDS provisions. Once again its corporations vs democracy, do your own research and make your voice count.

This article was originally published in the Northern Rivers Echo on 17 September, 2015