The politics of ‘extreme energy’- the bigger picture 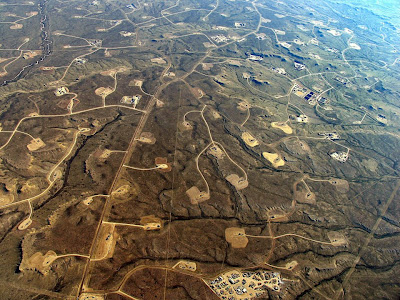 Our local battle against invasive industrial gasfields is part of a mining pandemic that has communities across the state, nationally and globally fighting for their survival. In the UK, the phenomena is called the politics of ‘extreme energy’, which describes how fossil fuel industries have been driven into desperate overreach as the end of fossil economy approaches. Whether driven by scarcity (as in the case of oil) or by the need to simply replace coal with renewables, there is a desperation in the sector that is driving a pandemic of invasive mining.

In NSW we see it in the form of a desperate bid to mine and export as much coal as possible before the carbon bubble bursts, as well as the extreme haste with which gas mining is being progressed without environmental safeguards.

Here in NSW, we can see the effects of the extreme energy pandemic all around us. Communities have lost faith in government and multiple spot fires have now broken out across the state. As this is being written over 100 people are blockading sites at Leards state forest near Gunnedah to halt an extremely large and destructive coal mine. At the Pilliga local farmers and traditional owners are united in a protest camp and planned blockades against Santos coal seam gas projects. Near Gloucester, the community is fighting to prevent widespread fracking of agricultural lands. The coal mining pandemic has communities fighting in the Bylong valley, Bulga and the Southern Highlands, and closer to home toxic antinomy mines are proposed for the Mid-North Coast and Afterlee (near Kyogle).

The great tragedy in all this madness is that governments are actually complicit in imposing extreme energy politics on their populations. Regardless of which major party is in power it seems the mining corporations are the ones in control.

In Fullerton Cove the community took the gas miners to court and the NSW government joined as a party in court and attempted to have the community saddled with both side’s legal costs. When the tiny town of Bulga took on Rio Tinto in court and won their case to stop a mine extension, the government not only backed an appeal against the decision but worse still used its parliamentary numbers to force through a change to the law to make sure such cases can’t succeed again. They have actually amended the law to require courts in future to place the value of the mining resource above other considerations such as social and environmental impacts.

Both the state and federal government have been vicious in their attacks on the Environmental Defenders Office (EDO), explicitly in an attempt to prevent the EDO from providing legal assistance to embattled communities facing mining projects.

When the major parties are really ‘miner’ parties, and when all reasonable avenues for legal challenge are being extinguished, communities have few options left. This is why a new alliance of farmers, business people, local government, traditional owners and environmentalists has emerged that represents the real face of democracy during the extreme energy pandemic.

Nonviolent civil disobedience is the most basic underpinning of democracy, if you think about it deeply enough it’s how we got democracy, it’s how the suffragettes gained the vote, it’s how Gandhi and Luther King achieved so much for their people. When injustice becomes law resistance becomes duty. We would rather we didn’t have to go there but we are left with no choice.

So as we prepare for the coming challenges at Bentley we need to remember that we are part of a wider historic movement to re-invigorate a struggling Australian democracy that has been compromised by the politics of the extreme mining pandemic, we stand together with communities across the state who simply want to protect their way of life and to be heard by a government that can represent the people.

This article was originally published in the Northern Rivers Echo.

One Response to The politics of ‘extreme energy’- the bigger picture