On March 11, 2016 · Leave a Comment · In Commentary
It’s time for a Drug Summit in NSW. Only a portion of the very sensible harm minimisation proposals put forward last time by experts were ever implemented. Those that were such as the heroin injecting trial; drug courts and cannabis cautioning policies have been great successes.

Australia was once a world leader in harm minimisation; our needle exchanges achieved some of the world’s best statistics for limiting the spread of HIV/AIDS. These days, sadly, NSW doesn’t so much have drug policy as a confusing and incoherent set of harm maximisation policies.

I despair every time I hear a politician dismissing reform on the basis that “it would send the wrong message to young people”. Criminal law is a serious measure, it’s not just for sending out garbled policy messages to youth. 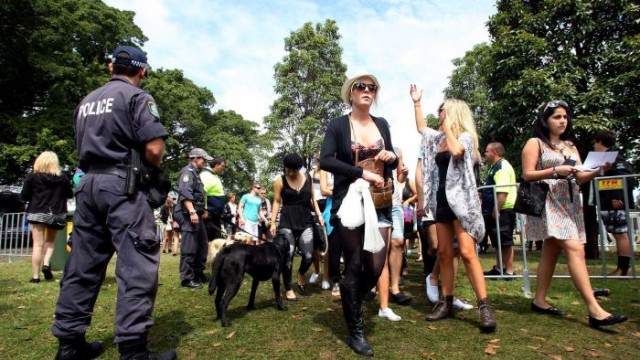 From roadside testing that doesn’t measure impairment and ignores the most dangerous drugs, through to the human catastrophe of teens taking poor quality and sometimes lethal drugs at festivals, it is just not making sense.

Sniffer dogs at festivals encourage people to swallow drugs before they pass through the gate which can lead to overdose and trauma, and the need for pill testing facilities inside festivals is an urgent harm minimisation need.

The world has woken up that drug prohibition has been not only a failure but a human catastrophe. There’s real drug related harms and these require careful social and health responses and then there’s prohibition related harm… all that organised crime, official corruption, highly priced and unsafe street drugs, artificial analogue drugs, and a massive distraction of police resources.

The United States, the standard bearer of global prohibition for a century is now steadily winding it back. Portugal opted several years ago to decriminalise all drugs and pursue harm minimisation with very positive results. In the US pharmaceutical grade MDMA and other psychedelics (not festival disco biscuits) are being trialled by therapists for treating PTSD and other forms of anxiety, alcoholism and even nicotine addiction (now there’s a killer). Medicinal cannabis is on its way but NSW incoherent drug policy settings are going to mean that those who use it can’t drive but those on benzodiazapenes can.

Seriously, let’s get the politicians and shock jocks off the case and listen to health experts and actually show young people that we care more about their health than about our long term addiction to prohibition.

This article was originally published in the Lismore Echo, March, 2016.