Now more than ever: non-violence and positive change

On February 6, 2017 · Leave a Comment · In Commentary
We are certainly facing challenging times. The growth of fascism in Europe, the US and Australia, fuelled by a concoction of traditional racism and uber nationalism combined with corporate greed is a potent cocktail for accelerating destructive forces. 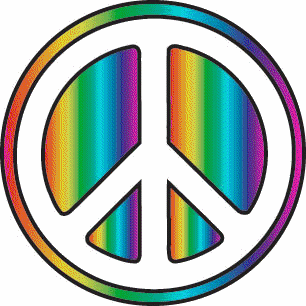 There are no magic bullet answers. All around me I see people struggling to come to terms with the Trump presidency, but it’s more than that, there’s fascism arising throughout Europe and the English-speaking world, a violent and incendiary political disease that offers fantasies of a return to past golden eras but invariably produces war, pain and destruction and disables the very communities that look to it for salvation. The biggest winners out of the US election are temporarily Vladimir Putin but in the long term it is China, whose own brand of totalitarianism may yet prove to at least have a more rational flavour than the West’s. At least they still believe in science right?

Where do we go? Do we dust off our old socialist pamphlets, and start believing that just because socialism has a meta-narrative (a totalising story about how the revolution will unfold) that it must offer us hope? Not really, certainly there’s some useful policies on social equality and wealth redistribution in there, but politics as religion, and grasping for a single programmatic solution is not a useful way to intelligently engage with a complex and rapidly changing future.

Do we protest everything we don’t like from the US election result to the declaration of the next pointless war? Maybe not. We often make the mistake of celebrating our worst moments when we choose to allow our opponents to set the agenda and protest the sites of their triumphs. Protest is best when it reflects an agenda set by the people, not merely a reaction to what we don’t like.

Do we complacently shrug it all off and say, “Ah well the pendulum will swing back” what pendulum exactly? Swing back to where and after what? That kind of magical thinking is not an empiric way to make positive change.

We can’t control the future or even the present, we live in a very complex world in which multiple forces swirl around each other and produce outcomes that lay down a path for the future . Nothing that has happened was inevitable, and the future is not only uncertain it is inchoate and unformed. The best we can do is use our best information, our best thinking and our dedication to positive social change to turn the rubix cube over, together, and look for the places where we can nudge future change in positive directions.

There are opportunities literally everywhere to nudge the future, but there are some well learned lessons on what works best. Non-violence, combined with the building of egalitarian social movement structures have proved time and again to be the potent ways that ordinary people can exert powerful influence on the unfolding of history and address the political diseases of their time.

Non-violent mobilisations have been successful at abolishing 19th century slavery, kicking the British out of India, ending wars, toppling violent dictatorships as well as less mighty achievements such as saving our local old growth forests and keeping our region gasfield free. The outcome is never certain, but we have learned a lot over the years about the processes that work.

Almost inseparable from non-violence is the need to build our movement structures up in democratic egalitarian ways. Our non-government organisations, our trade unions, even some of our faith based groups provide critical institutional infrastructure that may be vital, especially if we are suddenly (even unexpectedly) successful in displacing destructive regimes.

The other important skill for building positive change is to have the humility to know that the outcomes are uncertain. So, build our movements on values rather than on outcomes. Values based movements work as powerful attractors of support and cooperation, and ultimately as (and if) they move to success generate good outcomes of their own. Sitting in cafes arguing about how the world should look after we have won, is a fast path to disagreement, disunity and disintegration.

We need to look for positive solutions, not just political solutions but also social, agricultural technological ones. Experimentation in lifestyle and with forms of production is essential throughout history. Climate change is the big issue globally, despite the distraction offered by the current political chaos. This is the big issue we need to be innovating our lifestyles and production around.

I share with you all the confoundment of witnessing a horror unfolding, is this what Europe felt like in 1933? I share the bewilderment of being wrong-footed by the sudden catapult of corporate fascism, although we knew it was there it seemed more steady and insidious before.

At times like these we may not have answers, but we can remember the processes that can restore functioning to a diseased political system. History is moving fast, Putin may be there for a while, Trump is likely to crash and burn, China is seemingly inexorable.

But what is also permanent is that throughout history we have faced tyrants, violence and war, racism and inequality, yet somehow we have always struggled and overcome eventually, enough for democracy, human rights and environmentalism to have become universalised in our language and aspirations.

There is no end point to history, we are busy making it every day.