Not a single gas license cancelled yet… 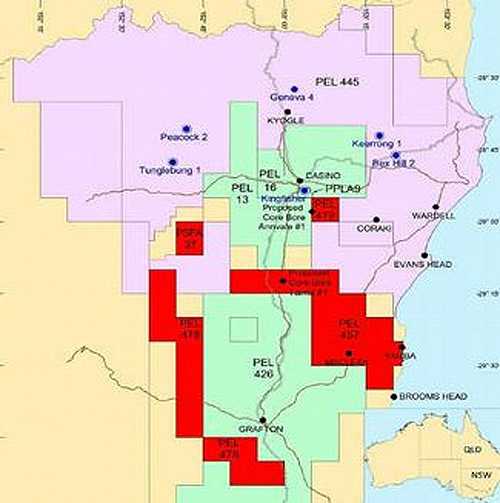 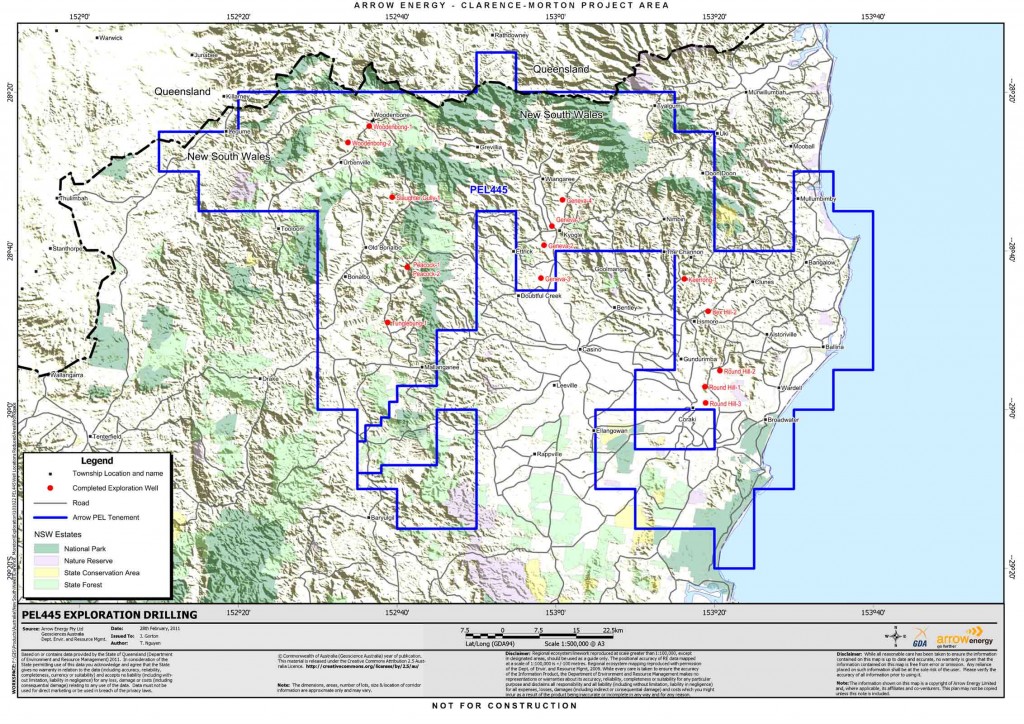 Some very important decisions are about to be made about the future of our region. The Northern Rivers is united in our opposition to invasive industrial gasfields, yet we are still waiting for the removal of even a single petroleum exploration license (PEL) in our region.

In the lead up to the election government members were falling over each other to reassure us that the Gas Plan provided a framework for a Gasfield Free Northern Rivers, but since then a dangerous inertia has set in.

There are 5 main PELS afflicting our region. PEL 445 stretches from well south of Coraki, north to the border and west beyond the Richmond Range. A buy-back has been promised but not delivered. The next most notorious is Metgasco’s PEL 16 which includes Bentley. But few people are aware of the other threatening PELS in the region.

Metgasco also has PEL 13 to the west and south of PEL 16. Then there is PEL 426, a huge expired PEL that encompasses most of the lower Clarence Valley including Pillar Valley, Grafton, Nymboida and north toward Whiporie. Metgasco has recently applied for its renewal. This could happen any day and the region would be rightly outraged. PEL 426 should be dead in the water but it’s not.

Finally, wedged between Metgascos other PELs is PEL 457 held by Clarence Moreton Resources. Why this largely inactive operation has not already been bought out is a mystery.

Wherever you live in the Northern Rivers there is likely to be a gas PEL threatening your home and lifestyle and your local MP and the Minister for Resources needs to hear from you urgently.

The mining and petroleum industry is one of the most politically powerful industries in Australia. Backed by massive foreign corporations, a rich history of political donations and a revolving door of people occupying high political office and working for the industry, we the people are truly besieged by a corporate leviathan.

Industry lobbyists hypnotise our governments with a metaphoric Kool-Aid. It’s a concoction of large doses of party donations, small doses of state royalties, the promise of a few short term fly in fly out jobs and a lot of glad-handing. You don’t need a saliva test to measure the level of mining industry kool-aid in a pollies system, you can measure it from their words and deeds. The only anti-dote is direct pressure from the people.

This article was originally published in the Northern Rivers Echo on 23 July, 2015.