Is Australia really this conservative?

On October 31, 2017 · Leave a Comment · In Commentary
One could really be excused for wondering if Australia is the most backward developed nation on the planet. It certainly feels that way at present. Our federal government is hostage to reactionary conservative forces that have our country’s wheels collectively bogged in a past of intolerance, fossil fuel corruption and the denial of science. 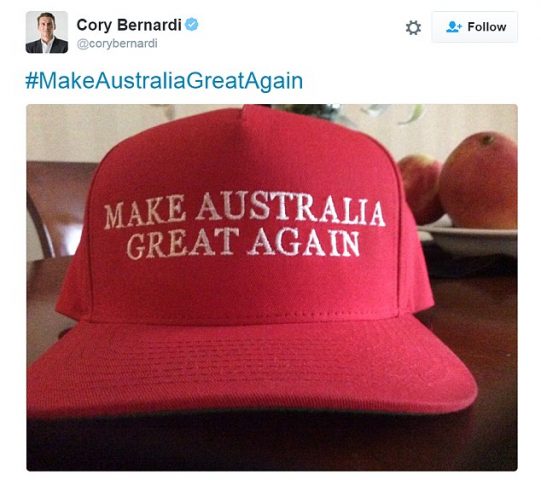 Conservatism is a maladaptive virus that paralyses societies in times of rapid change and can even hasten their decline by disabling necessary adaptive measures. Resilience is all about adaptation not paralysis. Conservatism is not just a quaint nostalgia for the past, it’s actually life threatening in times of critical change.

There are still a lot of rational people in Australia in public life and business, but our federal government is captured by a tiny minority of crackpots, fascists, corrupt coal luvvies and religious nutters. As a result, we have seen decades of paralysis on climate policy, a deliberate policy to discourage renewables, public subsidisation and protectionism for the doomed coal industry and lately a completely pointless and divisive postal survey about whether people who love each other should be allowed to get married depending on their gender. Without even having had our Trump or Brexit moment, Australia is already looking like a basket case.

Are we really such a conservative country? That’s hard to tell. Traditionally we have had much more liberal attitudes to sex than other English speaking countries like the US and the UK. We have generally refused to care about politicians having consensual adult affairs, unlike the UK where the newspapers thrive on it, or the US where pollies are all supposed to be monogamous Christians. We are one of the more secular nations on the planet. We had openly gay politicians and judges long before comparable countries with very little hoo har. Along with New Zealand we have some of the most enlightened sex industry laws on the planet (decriminalisation), whilst many countries like Sweden who are usually associated with progressive policy embrace regressive criminalisation models in relation to sex work and personal drug use. When it comes to drug laws we are still a prohibitionist backwater.

Current indications are that the pointless postal survey on same sex marriage enjoys large support, let’s hope it passes handsomely, despite the “vote No or a big snake will eat all your children” messaging from the No campaign. We have historically had a strong labour movement and one of the world’s strongest labour parties. Research suggests we do by and large accept climate science, and want meaningful government action, and that we also by a substantial majority oppose new coal and seek investment in renewables, and actually privately invest in renewables despite our dimwit governments attempts to discourage us. We have historically one of the stronger national environmental movements and a strong well educated and effective feminist movement. 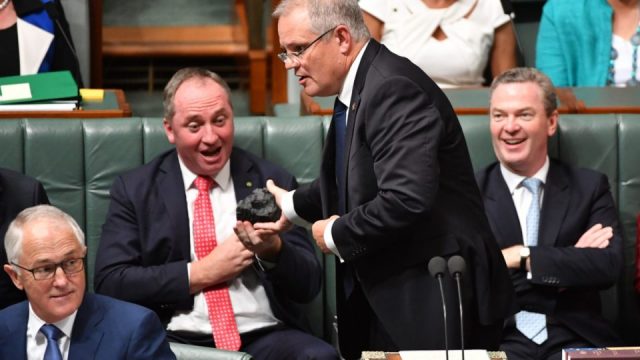 So, what the hell is going wrong? Well a few things. First, the fossil fuel lobby is very powerful due to its history of embedding itself into our major political parties and parliaments over the last sixty or more years. The corruption that characterises the relationship between politics and the mining industry in this country is a form of corruption so pervasive that it as invisible as oxygen despite its ubiquity (all pervasiveness).

Second, there has been an ongoing process of desecularisation of our parliaments. Religious groups have formed within the major political parties and across party lines like the Lyons forum, that seeks to organise politicians who believe in self-evident non-empiric truth into powerful intra party policy blocs. Why is it no surprise that their religiosity takes a string stand against marriage equality but is silent or even supportive of gross human rights violations for asylum seekers. Like many religious movements today, these are really political movements, and this case deeply right leaning.

Thirdly, politics and election outcomes can have perverse results that don’t really represent the way we voted. Partly because Malcolm Turnbull was so narrowly elected, his government remains reliant on the support of every LNP MP which means the nutters have taken over the asylum. He is largely captive to these dangerous fruitcakes.

The net result, an Australia that has both back wheels bogged in climate denial, coal industry protectionism and religious motivated homophobia.

We need to recognise and call out all of these pressure groups that exert undue influence. We need to make sure the LNP is not re-elected, which may not be so easy if trump starts a war with his kindred soul in North Korea. A stupid war about, um, whether north Korea can arm for war provides the perfect cover for conservatives, patriotism is the last refuge to which a scoundrel clings.

So, we need to remain vigilant, mobilise within our communities to ensure open minded people remember to post their postal survey forms on marriage equality, and participate in the next round of elections by supporting parties and candidates who resoundingly support a progressive, environmental sustainability, climate action, fairness and equality, peace and grassroots democracy.

Australians are not really so conservative it seems, but we have been being misrepresented and misgoverned for too long by corrupt interests and religious minorities.

This article was first published in the October issue of the Nimbin Good Times.