Individualism, is it just a consolation prize?

I was recently invited to speak in a panel discussion about individualism with two excellent co-panellists our illustrious former Mayor Jenny Dowell and Lismore’s new and quite surprising Bishop Gregory Homeming. A very interesting topic in these days of late stage capitalism and one I found myself contemplating deeply before and after the event.

As we learnt from the Life of Brian we are all individuals. Well yes, at some level there’s an apparent obviousness to this sense of being a single specimen living in a bag of skin. This is reinforced throughout our lives by being given a name, having records kept about us and these days having a carefully or less carefully curated presence on Facebook or other social media.

But just how significant is it. Our liberal-capitalist economic mode is built upon a very specific and I would say distorted understanding of individuality. Liberalism proceeds from what can be called ontological individualism, a belief that our individual identity is the most important defining feature of us as a human.

Whilst this idea captures at least an important part of what it is to be human, it misses what is by far the greater part, like the rest of the universe actually. We all have a face and a name and we all feel it most when own finger is cut, but in reality none of us are born alone, none can truly exist alone for long and in any case our bodies are actually ecological systems.  We now know that 90% of the genetic material in our bodies is microbial not our own DNA, what’s more we could not live without many of the 100 trillion microbes in our bodies. 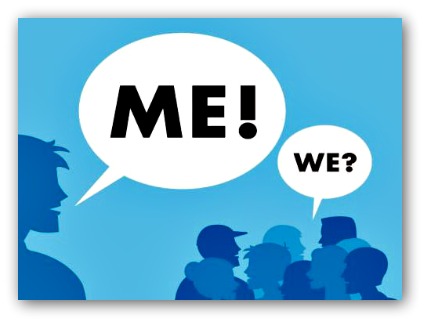 Far greater than our cultural self-perception of individualism is the fact that we are inseparable from our communities, nature, and the microbial world and in fact the entire universe. The thin bag of skin around our flesh does not create a barrier between self and the rest of the universe, it is all just universe.

I think of individualism as being just one part of a somewhat paradoxical figure eight infinity pattern that we live in. At one extreme point on it is that spark of personal self-awareness that enables us to stand back from the world and look back at it, and more importantly to be creative, experimental and expressive.  This is the type of individuality that is important, that needs protecting from oppressive over-governance and repressive moral normativities. Important because for all species the individual is a place of experimentation where evolutionary change can be initiated. The paradox partly explains itself, we are part of the whole but we travel endlessly to the edge of that wholeness for this very creative process to be sparked.

But we should not, as liberal-capitalism does, celebrate that apparent separateness of self and reify it as definitive of the human condition, it is nothing but a moment, a flash in a continuum.

I often see people, young people and young males especially holding on to their individuality and their individual autonomy like it is the most precious asset in the world. It may be precious, but be careful, it may also simply be the consolation prize that late stage capitalism offers you after you have already lost your connection to the things that really matter in life, your family, your community and nature itself. Connectivity is the wellspring of wellbeing, not the endless race to the bottom of trying to find a true self through consumption, pride or worldly achievement.

Paradoxically the more we suck up into our individuality the smaller (and ultimately more frightened) we become, the more we connect outwardly the more expansive we become.

So in the end, it is not that individuality is mere illusion, it isn’t, it’s just a moment in the figure eight spiral of connectedness, our chance to contribute something back to the grand experiment we are all part  of. For some of us that may mean contributing as a Nobel prize winning scientist, for others as an inspirational artist, for others as simply as a person of good will and integrity and love. 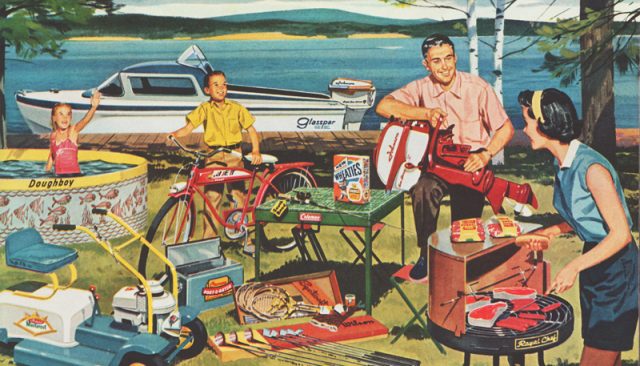 Unfortunately late capitalism encourages us increasingly to cling to our fragile senses of identity, fuel them up with competitiveness and worst of all to try to fill our voids with material consumption. All very good for corporations, which actually are soulless profit-seeking forms of artificial intelligence but a path of hopelessness for humans, who are ecological creatures.

Part of our great alienation comes not only from the conceit of toxic individualism but from the grand species-wide conceit of human centeredness (anthropocentrism). That ludicrous and unscientific cultural trope in which we imagine that humans are somehow especially important on this planet. Honestly the microbes can live without us, we can’t live without them, and we had better get humble and pay some respect to our hosts.

Is there a connection between individualism and consumption? You bet there is. The increasing isolation people feel in late capitalist culture manifests as anxieties about our old age, not being cared for, being in poverty, being homeless, all things we fear most because of the disintegration of our communities, our families and our extended tribal structures. The great privilege of being a first world citizen is to carry the lifelong anxiety that we need to buy an overly expensive home and amass a million in super just to avoid being left out in the cold in our old age. The old people I met in Bougainville recently had no such burden in their lives.

For many of us we will pay a mortgage to the bank our whole lives, only to have it remortgaged in favour of an increasingly predatory residential aged care industry. Such is life when individualism is the consolation prize for lost connection.

Fortunately for many of our readers here in the Northern Rivers we already know this. Our history of land share communities, of community based self-help, of volunteering and of activism are all signs that our connectivity is not lost. At Bentley people became euphoric over months of standing together to protect our shared region, so much so that the camp was not disbanded, nor the Greet-the-Dawn ceremonies finished until two weeks after victory. The Lismore Flood reminded us of our smallness before nature and brought the connectedness out in so many.

These are frightening times we live in as the economic, cultural and environmental cancer of late stage capitalism is laid bare in all of its consumptive, destructive horror. We see the spectacle of populist politicians who offer nothing but the politics of lateral hate and violence as a salve for the incomprehension people feel at a world that is failing them.

But as ever in human history we are still ecological beings, it is actually impossible for us to actually disconnect from nature. The connection exists in every cell of our bodies and we can feel it whenever we are ready. So next time you are struck by Ennui (feelings of meaningless) look not for what your small self craves but for what you can contribute, however small, and healing begins.

This article was first published in the Nimbin Good Times, September 2017.