On August 8, 2014 · 1 Comment · In Commentary
Have you ever noticed how often activists and people with strong principles are accused of hypocrisy? When we think about it if you had no principles you could never be accused of hypocrisy and there would be no such thing as selling out, so the idea really needs to be explored a little more deeply. 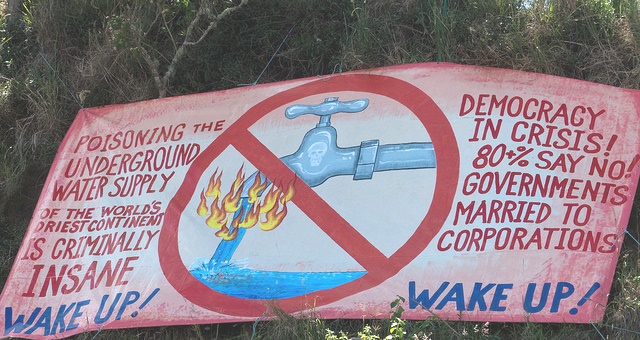 A common argument that I have witnessed in relation to environmental activists goes along the lines of “they are all hypocrites because they … live in wooden houses, use electricity generated from coal… drive cars etc. This was a common line of attack used by gasfield proponents during the Bentley blockade for example.

Leaving aside the fact that the same critics would call people extremists if they lived in teepees, rode bicycles or refused to connect to the grid, the hypocrisy argument at first glance appears to make sense. It’s a bit similar to the circular argument about NIMBYS, if a protester is a local they are accused of being a NIMBY, if they aren’t they are told it’s not their business.

It is an old and well recognized fallacy to attack a caricature of a person’s position rather than the position they are actually arguing, so let’s look at it all a bit deeper.

When environmentalists argue against rampant coal mining or gasfields they are not necessarily arguing that we should immediately cease using all fossil fuels, but rather that moving forward we should cease to continue to invest in an expansion of these industries.

Most of us use electricity, and drive cars and may even travel on planes, but the argument against continuing to invest in damaging technologies (such as coal and gas) is actually based on an acknowledgment of our current usage patterns and a desire to redirect forward investment into safer and more sustainable options such as renewables.

Precisely because we are all energy consumers, we therefore all have a responsibility to consider the impacts of our usage. There is no hypocrisy at all in arguing that as an energy user I would prefer to know that it was produced from renewable sources rather than from coal and gas. It’s actually a responsible attitude, we need to make the change we want to see in the world.

Every cent we invest in new and expanded fossil fuel industries is not only an investment in more carbon, more air pollution and more damage to land and water, it is also one less cent that is available to invest in more sustainable alternatives. It is for this very reason that modern campaigners have come to focus on the investment (and divestment) end of the argument. It takes a lot of people to turn the energy ship around and those people fighting to convince banks and managed funds to divest from coal and gas and to invest in renewable energy are taking a very practical and forward stance.

The fact that in today’s world they may currently have no option but to rely on power currently generated from unsustainable sources is the very situation they are aiming to change. Suddenly you see the ‘hypocrisy’ that activists are so often accused of is suddenly revealed as the nonsense argument that it is.

Experience also shows that if people are given the choice of sourcing power from dirty fossil fuels or from renewables, they choose the latter, and so the campaigns to bring about change are designed to make this switch possible. The massive voluntary uptake of solar panels across Australia is ample evidence, that given a choice a huge number of people will take the responsible option.

What remains more puzzling is why our politicians, particularly the current federal government continue to resist the growing competiveness of renewables by continuing to subsidise the mining industry. The answer of course lies in two things, one is the way in which the mining and fossil fuel industries have inveigled our political parties and parliaments over the years, and the other is in the lure of export dollars.

There is no doubt that Australia has more solar power available than just about any country in the world, and no doubt that we now have the technology to produce solar thermal power 24/7 to produce baseload and peak power. The problem for our mining industry is that solar and wind power doesn’t require fuel to be ripped out of the ground, and so the business model of the old energy industry is deeply threatened. Australia has allowed itself to become overly dependent on exporting coal overseas for a quick export dollar and now the gas industry wants to replicate the same outdated business model in relation to gas

Fortunately people are fighting back with sensible arguments for divestment and re-investment in sustainable energy sources, it just hasn’t convinced the coal barons and the gas company shareholders yet, unfortunately their friends in the state and federal governments aren’t getting it either.

Until the economic transition is complete, we will have the uncomfortable position where Australians are forced in most cases to work with what is available. But fortunately there are a growing number of people pushing for real change.

So don’t buy the hype that you don’t deserve a say over energy policy just because you use electricity or drive a car, it’s actually the reason why you have an obligation to work for change. It’s not hypocrisy, its taking responsibility.

This article was originally published in the Northern Rivers Echo, 7 August, 2014.

One Response to Hypocrisy the greatest luxury? Don’t buy the hype!