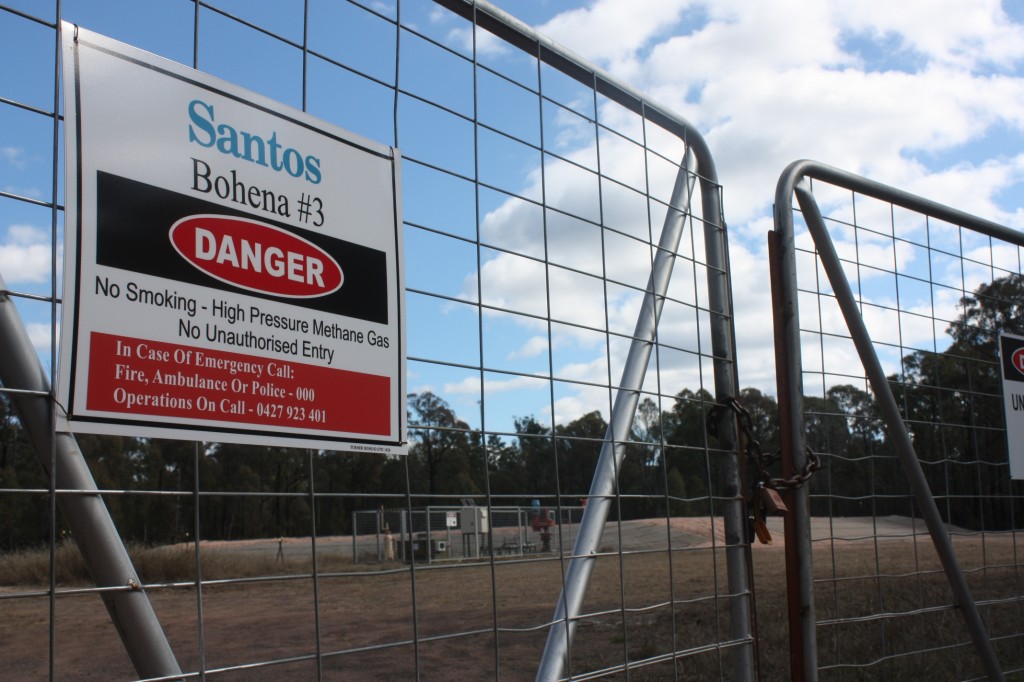 For us humans the alarm is that the gas industry may be contributing massively to greenhouse gases and      pushing the planet ever closer to crisis but for the gas corporations and the politicians they control, the alarm is simply that such information may hurt their financial bottom line. (http://www.smh.com.au/business/coal-seam-gas-faces-tax-bill-of-billions-20121118-29k6t.html)

The unconventional gas industry relies on lack of scientific data as its primary methodology for continuing to roll out this dirty and destructive process around the world. The precautionary principle of international law would require that the onus of proving that such dangerous processes are acceptable would be on the proponents, but this is not how the industry or the governments they control work.

The gas industry relies on lack of data to spin their lies and half-truths about unconventional gas being safe, relying always on a pseudo science of  “no evidence of health impacts” “no evidence of ground water interference” “no evidence of fugitive emissions”. In fact there is evidence of all of these things but the industry remains in denial. If there is a lack of baseline data, the responsibility should be on industry to provide that data. They can spend millions on seeking gas but refuse to put adequate money into independent research about the risks.

Is any of this surprising? No, of course not. The fossil fuel industry is no friend of science. Science is fine when it is feeding industry with new processes or capabilities, but whenever scientists try to blow the whistle on impacts, the industry reacts with deliberate dissembling information, personal attacks and obfuscation. The methodology was first notably used by the tobacco giants from the 1950’s onwards. As evidence mounted of the link between smoking and cancer, tobacco companies used their resources to buy dodgy science to question the credibility of any research they didn’t like and attacked anyone who dared raise the alarm. Later when the science became almost incontrovertible the industry falls back to simply spreading doubt and confusion in the public and political arena.

We should not be surprised that the fossil fuel industry is now attacking research that supports the view that unconventional gasfields and fracking leads to massive unaccounted for fugitive emissions of methane gas. (http://www.smh.com.au/environment/report-on-gasfield-leaks-is-premature-says-industry-20121118-29ka2.html)

We need only to look at the deliberate campaign of misinformation waged for years now by the fossil fuel industry over climate science. Once again rather than respond to the science of impacts in a responsible way, their response is attack, counterclaim, dissembling propaganda and finally resort to simply spreading doubt in the general population once they have resoundingly lost on the science.

In the past two weeks we have seen all of this replayed in relation to independent university researchers uncovering evidence of fugitive methane emissions in gasfields.

Even before they have seen or read the reports the industry attacks the scientists, and more recently we see the federal minister for fossil fuel apologism also attacking the findings without even reading it. (http://www.smh.com.au/environment/minister-slams-unscientific-report-on-gas-leak-20121120-29nj5.html)

Whilst so much of the world struggles to generate independent data to responsibly assess risk, we have an irresponsible industry with deep historic links in the political establishment continuing to insist on their right to risk our health, our agricultural industries, our groundwater and the planets survival for a few years of extractive profit taking. (http://independentsciencenews.org/health/risk-and-responsibility-farming-food-and-unconventional-gas-drilling/)

We also have governments across Australia ignoring massive public outrage and opposition, ignoring clear warning sign from responsible scientists to fast track this industry. This is a crisis of democracy. The people are not being listened to and the scientists are not being listened to, government is recklessly pursuing a sectional corporate agenda.

As Dr Gavin Mudd has observed recently, the lack of regulation of the CSG industry is similar to the prevailing conditions in the financial sector that led to the global financial crisis. (http://www.northernstar.com.au/news/lack-of-csg-rules-compares-with-sub-prime-disaster/1615559/) There is simply not enough known about this industry, what we do know is positively frightening and yet they are expanding apace.

Clearly our institutions of governance are failing in relation unconventional gas development. The scientific evidence continues to grow about what a dirty and dangerous industry this is, and public opposition is reaching historically record levels. In the only community to be given a popular vote on the issue of CSG mining, Lismore in northern NSW, an astounding 87% voted ‘No’ to the industry. Three days later the state government approved a nearby CSG production licenses. Make no mistake this is a failure of democracy, and a crisis of governance. Thankfully the wheels are beginning to fall of the cart as far as investment in unconventional gas is concerned. It appears the investment community is more awake to the risks of this industry than our governments are.