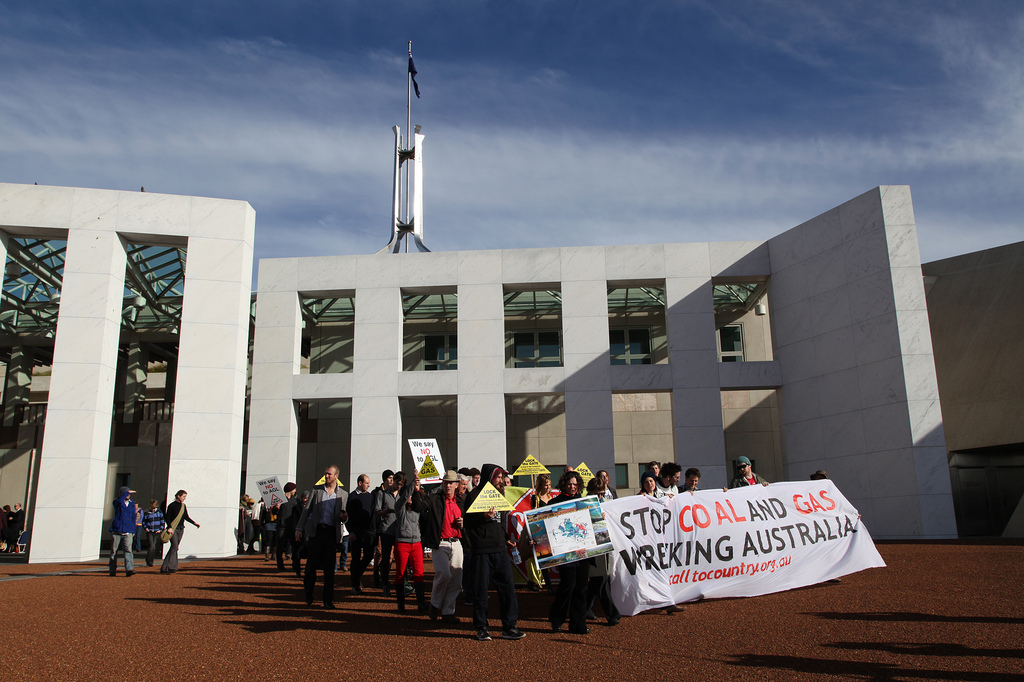 Let’s put this simply, we stand at a crossroads, it’s Metgasco vs the region. If Metgasco fails to gain access to gas at Bentley it is likely to fail as many speculative exploration companies have failed before it. No big deal to anyone except the shareholders who knowingly took out a high risk investment. Bigger companies like Arrow energy have already had the good sense to leave the region, but Metgasco (pity them) has backed itself into a corner. Whilst I can sympathise with the investors, risk is the name of the game with speculative exploration companies.

It is not the responsibility of the people of this region, or of the state government to save Metgasco’s shareholders from the consequences of a failed enterprise. Whether the gas is there or not the people of the region have spoken loudly and clearly in overwhelming numbers to say they do not want any part of the Northern Rivers turned into an industrial gasfield. Democracy is supposed to provide a mechanism for ensuring that deeply unpopular changes are not forced upon communities against their will. So what has gone wrong?

Over the last 2 years our community has thought deeply about whether we want to become the next Chinchilla or Tara, and we have made up our minds. 87% of the Lismore LGA voted NO to gasfield development last year, even in the Richmond Valley LGA, opposition to gasfield development is running at 65%. We have seen hundreds of communities declare their desire to remain gasfield free, most by margins above 90%. We have petitioned the parliament, written to our politicians and marched in the streets in our thousands. There is an unprecedented social consensus about this.

Any rational government would listen to the people and revoke Metgascos’ licences (as it has power to do) and negotiate the company’s withdrawal from the region. Instead our state parliamentary representatives for Lismore, Clarence, Ballina and Tweed are pushing forward an invasion that will inevitably end in a potentially dangerous physical confrontation with the good people of the region. What makes it worse still is that the state government is likely to instruct the police to provide support for Metgasco’s invasion, a role I am sure our local police do not want.

To see our state pollies complicit in imposing an unwanted industrialisation upon the local community by force is a shameful and unforgivable betrayal of the people. It is now minutes to midnight but I live in hope that sanity prevails and the state government steps in to stop this madness. They have the power to stop Metgasco in its tracks, go see your state pollie and urge the government to use that power for good not to simply hold us all ransom to Metgascos corporate survival. Otherwise, see you at Bentley this April as the riot squad rolls in.

This article was originally published in the Northern Rivers Echo.