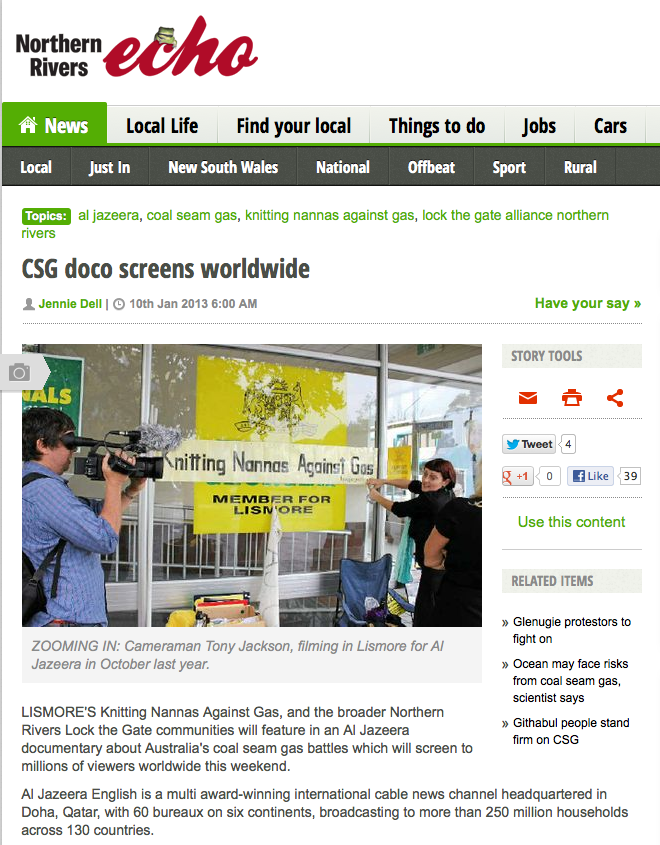 LISMORE’S Knitting Nannas Against Gas, and the broader Northern Rivers Lock the Gate communities will feature in an Al Jazeera documentary about Australia’s coal seam gas battles which will screen to millions of viewers worldwide this weekend. Al Jazeera English is a multi award-winning international cable news channel headquartered in Doha, Qatar, with 60 bureaux on six continents, broadcasting to more than 250 million households across 130 countries. “After all the research we did, by the end of filming we felt there was a strong argument for slowing down the CSG industry until the science catches up with it,” Tony Jackson told The Echo. “We didn’t set out to make a pro- or anti-CSG piece, but to look at why there is such strong opposition to it. “We found that opposition was not manned by the Byron Bay organic vegan community but by often conservative, middle aged and middle class communities.