Compensation for democracy? No way! 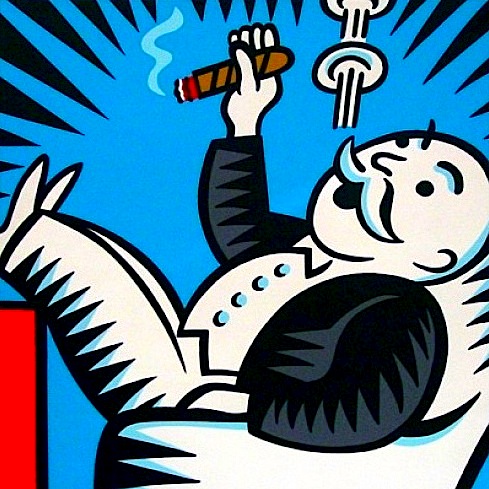 The whole idea that corporations deserve to be compensated for democracy makes a mockery of the idea of financial return based on business risk and implies that democracy is an aberration.

Whether it’s Metgasco whinging for a payout or investor state settlement provisions in the TPP it’s all a symptom of global corporate sociopathy. The corporate term for democracy is “sovereign risk” and we the people should make no apology, the risk is rightly the corporation’s and the sovereignty is rightly ours.

Some ventures are riskier than others and there are few ventures more speculative than mining exploration. Investors expect to make a motza if they strike oil or gas and they should take their losses on the chin if they fail, regardless of whether their failure is caused by economic, physical or geo-political risks. A mining exploration seeking compensation for democracy is like a gambler wanting a government guaranteee before entering the Casino. Democracy is simply a normal business risk.

The revolving door that exists between the mining industry and government in this country reveals an unhealthy culture that reeks of systemic corruption. Mining and resource industry lobbyists, resource ministers and their staff, seem to exist on an endless roundabout that corrodes good governance. Perversely, the most speculative industries of all have become a self-entitled enclave, propped up by billions in subsidies.

Imagine if governments were required to compensate the drug companies who lost money when Thalidomide was taken off the shelves. How is it any different with fracking? At first it may have seemed like a good idea, but as the litanny of downstream risks becomes apparent, good governance demands that the activity must stop.

The state government needs to stand up to Metgasco, change the legislation to regain control and resist inflated compensation claims. It is all just a local version of a much bigger problem.

Corporations all over the world have grown in size and power. We must remember corporations are legal persons under the law, but morally they are technically sociopaths. They have no emotional bonds to family or nature, no feelings, and no body. They are driven entirely by the drive to maximise their own profits. Any human legal person with these characteristics would be definitely be identified as a sociopath.

This article was originally published in the Northern Rivers Echo on 4 June, 2015.